The Pagan Origins of Christmas and Easter 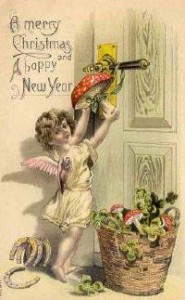 Always learning, always searching for answers to questions, perhaps holds true to you as it does to me. I gave up on the religion I was born into, the church, many years ago, I don’t know why or how it happened to me?

Maybe it was the same repetitive teachings, I never really experienced any connection with myself or the universe by going for mass. Or perhaps it was the lack of being Christlike amongst people I interacted with, I’m not sure.

But that doesn’t mean I’m not attracted to Christ, I’m equally attracted to Jesus as I am to Buddha or any other teacher. I was recently reading about Christmas and the fact it really has nothing to do with the birth of Jesus. Then a recent search on what exactly Easter is brought me to a pretty fascinating discovery on how Christianity still propagates Paganism in a way 😉

When we celebrate Easter, do we know what the rabbit and eggs symbolize? and do they actually have anything to do with Jesus’ resurrection? Its quite interesting to know where these symbols came from and their meaning.

When the missionaries wanted to convert the Pagans to Christians they thought the easier way would be to incorporate some Pagan beliefs with the story of Christ. To understand more about this lets take a look at how it all began.

Ah the mushrooms we hang on the Christmas tree, never knew they were psychedelic mushrooms or basically entheogens. So this was something I wanted to dig a little deeper to read about the Santa Claus and Christmas. What I found not only was fascinating but opened up a new chapter for me.

The tradition of the Shaman, as shown in the video, was to go into the forests and collect these shrooms that grow under pine trees or evergreen trees. The Shaman would collect enough for the entire tribe and then go to each of the houses, sometimes due to heavy snow the doors would be snowed in and the Shaman would have to enter through the smoke hole in the roof!

The Amanita muscaria potency is elevated by 5 – 6 times by drying, hence they were hung next to the fireplace before consumption, in stockings? Don’t know about that but you can read more on the Siberian Shaman being todays Santa Claus bearing beautiful gifts of mind expansion. I also like the fact that the reindeers liked their dose of shrooms as well 🙂

These mushrooms have a deeper tryst with Christianity. Like its presence in a Mosaic in the Aquileia Basilica in Italy. While some go further to claim that the spiritual side of Christianity is derived from the use of these psychedelic Amanita mushrooms. In Magic Mushrooms in Religion and Alchemy, author Clark Heinrich interprets A. muscaria usage by Adam and Eve, Moses, Elijah and Elisha, Isaiah, Ezekiel, Jonah, Jesus and his disciples, and John of Patmos.

Well enough about mushrooms, now lets take a look at the video on how the celebration of Easter started.

You know for so many years I celebrated Easter thinking it was the resurrection of Christ, but when you read about the pagan roots of Easter. There are loads of site with information, but most of them seem to be quoting from the Bible and state the pagan roots are satanic. But I cannot disconnect myself from the cycles of nature and nor can any other animal.

But this also leads me to a larger question who is the real Christ, what was he like and what has man made of him?

Clyde
It's so difficult trying to write an about oneself, you want to talk about who you are and what you do. But do those things really define you? I would like to let you know I put this website together, with the help of the others. But I want to tell you i'm special, cause i'm good with all the technical. But none of this would be possible without our writers and you the readers. All our hands come together, to make our world a little better. <3 Clyde
Facebook
Twitter
Pinterest
Telegram
Mix
Tumblr
WhatsApp

That Girl Inside You… She Needs Some Air

That girl inside you…she needs some air. She needs some sunshine. She needs some moments that will make her smile again and believe in the magic of living, away from noisy streets and people bouncing off each other. Nurture her every now and again. Slow your day down and...
Quote Library

Ascension – A Caravan of Celebration!