Sometimes a vacation filled with sun, sea and sand is not enough, you need mind-altering experiences to make it worthwhile. A vacation to enter a new dimension, tread the unknown path and explore the immense power of the human mind and the cosmos. This would be no ordinary holiday, but one to free your mind and expand it.

There are destinations around the world that take you on a journey of the mind, legally of course, and it can be in the form of a ritual, cultural immersion or simply getting high.

I stumbled upon this list of places where the use of substances is legal or decriminalised, as its generally termed, or part of their culture. For all the people who want to open new doors to their perception, let me guide you on a mind-altering trip across the globe. (The laws can change, so please check before you set out on that much-awaited trip, and be aware and alert).

Kava is a plant that is consumed by many island communities in Oceania, that includes New Guinea, Fiji, Samoa, Tonga, Tahiti, Marshall and Solomon islands. In Fiji its an age-old tradition to drink kava, for social and medicinal purpose. 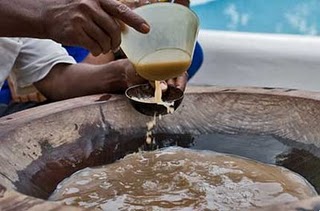 The root is ground into a powder, mixed with cold water and then strained through a cloth or sometimes even a sock to make a pinkish-gray drink. Locals sing folk songs as the drink is prepared, then its poured in a large bowl. Everyone sits in a circle as the cup is passed around, you have to clap and down it in one go.

After a couple of rounds you can feel the effect of the potent drink, your mouth and throat turns numb and slowly your body tends to feel relaxed. With Kava you can have lucid dreams, and it is also known to cure insomnia, relieve stress and anxiety. The ceremony can last up to 5 to 6 hours, where drinking 2 to 3 bowls in half an hour is not unusual.

Even the late Pope John Paul II had it on his visit to Fiji, so go ahead have a cup of the Pacific elixir. Its always best to experience it with a local community instead of a hotel, which won’t be that potent. Recently Alcohol bars were banned on the islands as it led to fights, violence and other crimes and in place Kava bars were set up, bringing in a more peaceful island and community.

Amsterdam is known for its open culture towards marijuana and its notorious coffee shops, where the some of the finest greens are available. It would be the only European country where marijuana is legal in limited quantities. Club that with some great music and you are on your trip to space.

Ironically, tobacco smoking was banned in 2008, a good move, especially since smoking the herb seems to fight cancer, rather than cause it. 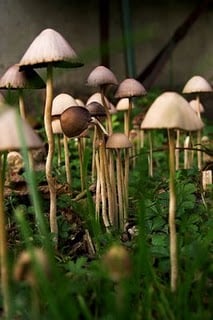 Located in the Caribbean, British Virgin Islands is one of the places where the magic mushrooms grow naturally, and it is legal to possess and consume these psilocybin mushrooms, however, their sale is illegal. Does that means you need to either barter or plain old share them?

If you have heard of shrooms but don’t know what they do, then here you go. These mushrooms grow in the wild and as many psychedelics how good your trip is depends on many factors, your state of mind, atmosphere, people, music and how much you have consumed. It generally leads to enhanced visual perception, hallucination, colors seem more brighter and clearer, euphoric and sense of time is distorted almost sums up the experience.

Tortola is the main island where shrooms can be consumed freely. Bomba’s Surf Shack on the beach in Cappoon’s Bay where mushroom tea is served instead of straight shrooms. That’s also where the Full Moon psychedelic music parties take place, so you can look deep in and get far out on the sandy beaches of Tortola. 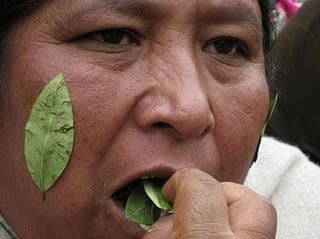 Bolivia, the third largest producer of the coca plant, they follow the centuries old traditions of using the coca leaf for religious, medicinal and cultural purpose. Coca leaves are legal and not the processed cocaine or crack cocaine.

So virtually every culture has its indigenous and preferred mind-altering substances, which are used for social events, religious ceremonies, etc. Still, they are tagged as illegal in many places even with a rich cultural background with plants.

Coca leaf is held in the side of the cheek, that gives a mild high, a sense of well-being and a buzz which can last all afternoon. It also helps to relieve altitude sickness, stave off hunger and cold. There are several coca carts found on the street in the capital city of La Paz, where you can buy leaves in bulk. 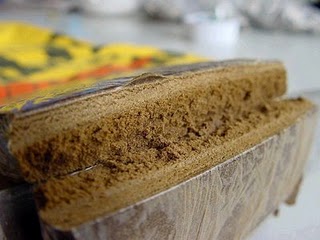 The Moroccan hash or locally known as ‘kif’ is of excellent quality, delicious, very inexpensive and concentrated. Although its illegal, there are plenty of people smoking, and if you find a local to smoke with, then you can also be assured of a decent spliff. Since it is Morocco’s biggest foreign currency earner after tourism, it has been decriminalized.

The best part is you don’t have to go looking for hash, there are plenty of young men offering hashish to you on the streets. Towns like Chefchaouen, close to Tangier, are a haven for stoned backpackers. So it’s a mellow town with a good atmosphere and one of the safest places in Morocco for visitors. The different variety of hash aka kif available here is astounding! Besides the medieval landscape of Morocco is appealing, an interesting add on to the potent kif.

These are five places you can visit for a mind altering journey, there are more intense trips coming up in the continuation of this article!

Bhavikahttp://fractalenlightenment.com
Bhavika is a nature-lover, aspiring yogini, traveler and co-founder of Fractal Enlightenment, who strives to help fellow beings reconnect with nature and their true selves. Thank you for being part of this journey.

Energy Movement : How to Tune in and Understand its Flow

But it's true, you can fall in love with people's souls, their gestures, their hearts and morals, with people's smiles and people's minds - without exchanging a single kiss and without a single word.~ R.M. Drake
Quote Library