The Intellectual Necessity for Living a Spiritual Life

“‘Inability to accept the mystic experience is more than an intellectual handicap.” ~ Alan Watts The intellect, the rational reasoning part of ego, wants to know everything. At least, it is true of this writer. It is human nature to want to understand life, the nature of the universe and our place in it, our experiences, and our purpose. What does it all mean?

We could say that the quest began with simple logic; philosophy and science born of the Renaissance have given us a rational means by which we can make such queries. There is, however, a fundamental problem that will eternally impede our efforts. As much as we humans celebrate how precisely we can model the universe with the rational scientific methods we have devised, we are only able to do so with an infinitesimal fraction of ultimate reality.

It appears that something beyond intellect is required to access the majority of what we are calling ultimate reality, something beyond the material, corporeal world. Looking beyond the corporeal thus implies an exposure to the spiritual world. For this sake of the article, let us say then that the composite of reality includes both material (rationally accessible) and spiritual (not rationally accessible) domains. If so, how do we access the spiritual domain?

The observable universe consists of mass and energy whereby only 4.9% of the matter is ordinary matter. The remaining non-directly observable constituency of the universe has been relegated by mathematical models to what is called dark energy and dark matter; the make-up is roughly 68.3% dark energy and 26.8% is dark matter. Thus, we know that we have only observed 4.9% of the universe which is for the most part empty space. 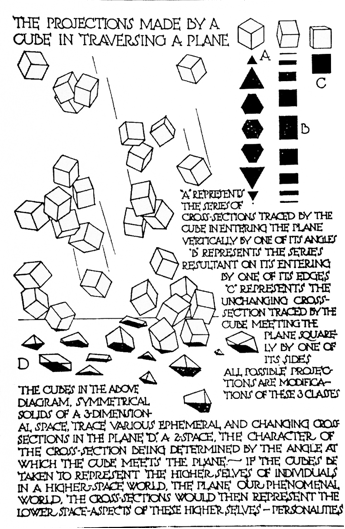 Another thing that mathematical models speculate is that reality is far more dimensional than the 3-dimensional world known to our senses, or 4-dimensional world including the intellectual perception of time. Discussion of higher dimensions is beyond the scope here, but we can examine the notion briefly enough to understand the implications.

Recall Plato’s allegory of the cave in his Republic. Assume cave dwellers have been imprisoned since childhood, chained so that they could not see one another but only a wall that sits before them.

(This is a thought experiment, so life’s necessary activities like eating, going to the bathroom, hygiene and such should be suspended.) Behind them is light source. Between the light source and the prisoners, people are walking carrying objects and performing various actions.

To the prisoners their entire reality is based on shadows that fall on the wall before them. Whatever their other senses – sounds and smells – tell them will be attributed to these shadows that make up the world as they know it. Plato’s cave goes on to describe the experience of a freed prisoner and his interaction with those still imprisoned and how unbelievable the enlightened tales of the real world sound to the uninitiated.

I’ll leave it to the reader to explore this classic allegory. My intent is to introduce the concept of a lower level projection (a two-dimensional shadow) from a higher level domain (a three-dimensional world).

A more developed sense of higher dimensions and projections was treated in several 19th century works, most notably those by Charles Howard Hinton who coined the term tesseract, as the fourth dimensional analog of the cube in his work “A New Era of Thought.” Hinton’s writings influenced P.D. Ouspensky and Claude Bragdon, who in his book “A Primer of Higher Space” illustrated Hinton’s ideas.

Its cross-section is a point source. Now we must ask what kind of object exists in 4-dimensional space such that its projection in 3 dimensions is a cube? The answer is the tesseract and it is not something one can grasp easily with the intellect. 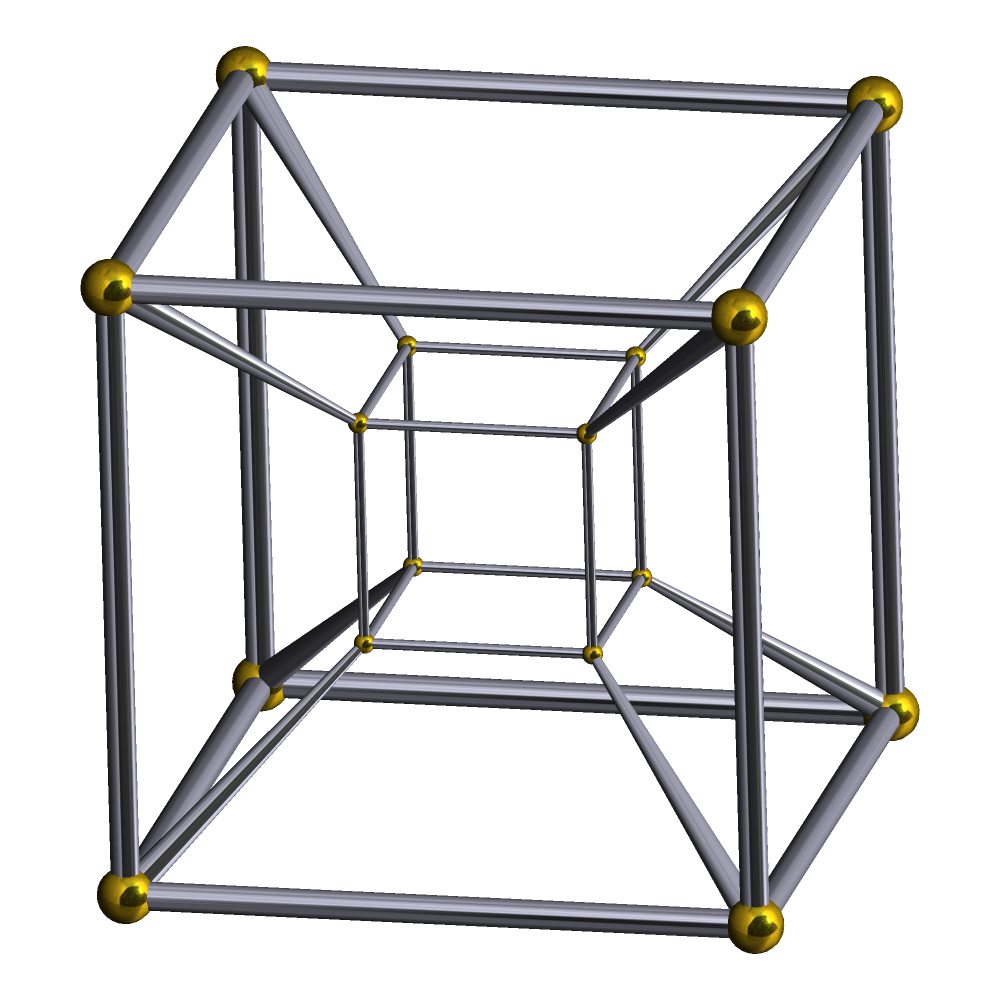 And what of higher dimensions? Contemporary cosmological models, one such being string theory, describe a universe of perhaps 10 or 11 spatial dimensions. To the rational mind the universe begins to look mighty irrational. Using only the senses, including instrumentation to improve sensitivity and accuracy, we can only intellectualize a fraction of the spatial dimensions of the universe.

Within the 3-dimensional fraction of reality, we only sense 4.9% of the matter which is greater than 99.999% empty space. So, exactly what are we attempting to model with theoretical and repeatable experimental methods based on laws that govern only a fraction of the whole?

When one recalls Shakepeare’s quote in Hamlet, “There are more things in heaven and earth, Horatio, than are dreamt of in your philosophy,” this should crystallize in one’s mind: to better understand our place in the universe and to become fully self-actualized, we must nurture our spiritual connections to that which lies beyond the veil of logic and science.

There are many tools and techniques to explore. Exercise in this manner, practice as it may be called is really religion with a lower case “r.” Set aside monotheism, polytheism, atheism or every “-ism” for that matter. Set aside all dogma and religion with an upper case “R.” The intellect mandates that we lead a spiritual life to reach our highest potential. What separates intellectus from spiritus is the ego; and there lies the rub!

Michael Armenia
Michael is a former engineer, artist, composer, writer and lifelong student of philosophy, metaphysics, mysticism, and Renaissance studies. Too many passions to name, they fall between A and Z.

Micheal I’m happy to learn that I’m not the only “modern day Leonardo da Vinci” ( artist, scientist, engineer and mystic ). You are one as well. Nice article you have here. I’ve been truly inspired ..

And just like you I have A TON OF PASSIONS !
Science, Technology, Engineering, Music, Visual Arts, Bodybuilding, Gaming, Metaphysics, Truthseeking, and Ancient History, to name just a few ! …

I don’t even know what this is trying to explain. By no means am I stupid, I just am simply not ready to understand. I’ll be back. But in the meantime…can you put this in English? lol

When you understand Plato’s theory in your own life, with your own experiences, you will know what this means. To put it all in English, you have to search truth from every experience that happening around you and to you, until you realize that behind it all is one Ultimate Truth aka Secret, behind that Plato’s explanation. And on that stairway to heaven, you have to sacrifice yourself, or else you will block that flow. That to say, is it like Bruce Lee have put it. “Empty your mind, be formless, shapeless — like water. Now you put water in… Read more »