Global Revolution ~ The Time is Now

The Promise of Change:

This post is dedicated to all my brothers and sisters around the world. By now you should realize that every problem that you are facing locally is not an isolated case but our entire planet is going through the same ordeal and is on the brink of a massive change.

Citizens from countries around the world are gathering together to ask for something that has been promised many a time before, “Change”

The change that we are asking for is not limited to injustice, corruption, destruction of environment, greed and clamping down of personal liberties. There could be so much more depending on where you are from and who is your master, if you think you’re your own master well this is a simple test by Voltaire, “To learn who rules over you, simply find out who you are not allowed to criticize.”

While most of us are comfortable in our cocooned world, doing our 9 to 5 or whatever we do to make our money and spend it, there has been an unheard revolution taking place across the world. 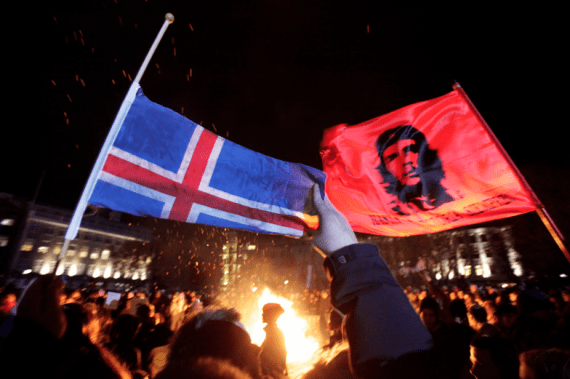 Lets start with the one you have most probably never heard of, the Icelandic revolution. You have definitely heard of the recession, when America bailed out most of the banks by pumping in money from the Federal Reserve.

Iceland was going to do the same thing, but because of a political goof up they ended up not receiving any fresh loans to give the banks. Since they din’t get the loans unlike the other countries that bailed out the banks, in the end it’s the people who would have to bear the brunt of repaying these banks. Most of the alternate media sites have been painting a very pretty picture of the Icelandic Revolution, but if you are a truth seeker delve a bit deeper to find out what really happend in Iceland.

The people of Iceland decided to protest, the end results were probably why you haven’t heard of the Icelandic Revolution.

The bankers, politicians and others involved in the failed economic policies were tried and jailed, although you can be sure none of the ring leaders were caught. New policies chosen by 25 Lay people whose only requirement was to be an adult and had a following of 30 people drafted the new policies. All that said and done Iceland bas been the fastest European country crawling out of recession.

The March Against Monsanto:

The next and perhaps the most important revolution was the March Against Monsanto, for those of you who still don’t know what Monsanto is, this article on the future of food with Monsanto will help bring you to speed. Over 436 cities across the world participated in this event, that brought about huge awareness about the evils of Genetically Modified Crops. Monsanto is well known for buying out politicians and getting policies that benefit them approved, during the protest the Monsanto page on facebook was flooded with comments about the negatives of GM crops, the page chose to delete the comments and ban or disable the commenting system for all the facebook users who spoke against the company.

Currently India still uses BT Cotton, responsible for the death of countless farmers, who had no option but to commit suicide because of the low yield, high cost of seeds and pesticides. The good news is Monsanto recently lost an appeal to be able to patent certain seeds in India, a victory for the people for now. But we need to keep our eyes peeled and not let our guard down against the GMO menace.

Turkey has seen the worst politcal unrest in decades, protestors have taken to the streets demanding more freedom. From anti-capitalist Muslims, doctors, lawyers and even gay rights activists are standing up against the ruling parties or the so-called puppet governments of the elite.

The last and equally important, as I type this Egypt over threw its puppet government, the people of Brazil stood up to the high taxes and corruption last month and managed to get concessions from the government. But there’s still a social revolution brewing, the Occupy movements are only gathering more pace and here in India dissent itself is brewing, but that’s where it ends. 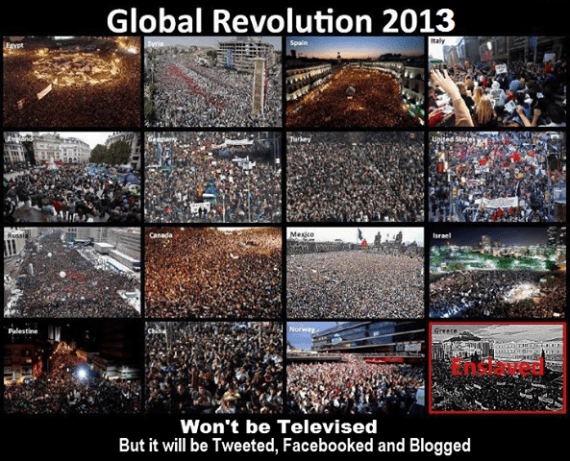 The people are bearing the brunt and their backs are aching with its weight, how much longer they can hold is left to be seen. This is an amazing time to be living in, remember the Revolution will not be televised, but it will be tweeted, facebooked and blogged!

“If liberty means anything at all, it means the right to tell people what they don’t want to hear.” ~ George Orwell Orwell’s 1984 is...

Four Balancing Acts that all Sacred Activists Should Learn

“All divine visions are hard to embody. They require hard work. You have to keep looking at your own shadow — and sacred activists...

Sacred Activism and the Lighting of the Third Fire

“Sacred activism is the fusion of the mystic’s passion for God with the activist’s passion for justice -- creating a third fire, which is...

Global Revolution ~ The Time is Now

The Promise of Change: This post is dedicated to all my brothers and sisters around the world. By now you should realize that every problem...

The Future of Food with Monsanto

Going organic, being sustainable is a dire need of the hour, you absolutely need to know what you are eating and I'm just going...