Stereograms are 3D images that are hidden in a 2D image. Sounds unbelievable, take a look at the Stereogram below. If you cannot find the hidden image you should check our page on how to find hidden images. Stereograms are quite addictive as the open up a new world on your computer monitor, it seems so clear and fascinating, it is also used as a meditation tool in India.In this post I will quickly run through how you can create 3D images.

How Do I Create 3D Images?

In the 1960’s, a psychologist, Bella Julesz made 3-D pictures with apparently random dots to see if people could perceive distance without any clue such as size. 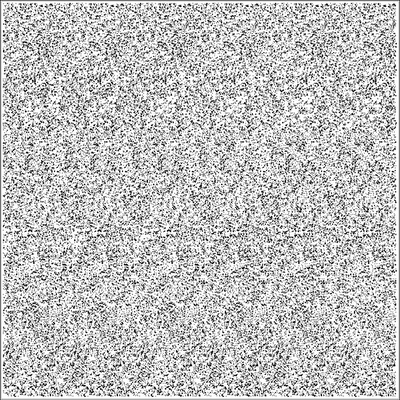 In the real world, we use our binocular vision to perceive distance. Each of our eyes sees a slightly different picture of the scene viewed. The brain, through experience, has learned to interpret the two flat images into a three-dimensional one. We have had the capability of viewing flat pictures in 3-D since the stereoscope was invented by Sir David Brewster of England in 1849. Older readers will remember the stereopticons that people and schools used in the last century and the first part of this century.

You can make your own 3-D pictures fairly easily. Consider the following chart:

Bring your eyes close to your monitor such that each eye sees the two asterisks separately; move your eyes until two of the four asterisks are superimposed so that you see three asterisks.

You can see that the A’s are spaced at equal distances (10 spaces between them) but the B’s are alternately spaced: 11 spaces then 9 spaces. What is happening is that one eye sees one B and the other eye sees an adjacent B slightly offset. The brain tries to interpret this as one B at a nearer or farther distance than the A’s.(Note: If you are using a browser that allows you to change the font size, the 3-D effect will probably be easier to view using a small font.)

We don’t have to space the B’s at alternately different separations. If we make them closer or further apart than the A’s we can trick the brain into thinking they are nearer or farther. There are a few sites on the internet that easily allow you to add text to an image by just following a simple set of instructions.

Of course the method above that can be found in elaboration over here, enables you to create your own kind of stereograms. 7 Trippy Videos to Blow Your Mind

Art is a wonderful way to expand consciousness, good art tickles your grey cells and draws you out of your comfort zone. Here are...

Its been really long since we had any optical illusions on Fractal. Before that, I would like to say that we have made slight...

Another collection of entertaining optical illusions, from real life to camera tricks, it all depends on your perspective. This one is a romantic illusion, looks...

A beautiful landscape, yes, but its tasty too! Look carefully at the image below - The pebbles and rocks are potatoes and soda bread, while...

Exploring the duality of human nature and challenging the conditioned perceptions of society, this collection of Shadow artwork works on the mind in different...

Get ready to trick your eyes with some cool illusions that show the difference between visual perception and reality. Sometimes we need to be...