Expanding the Notion of our Senses

In this article we shall try to unravel the true nature of our senses and the relationship between them and our own self. To do this we shall take a closer look at the way they work – both biologically and psychologically.

Lets start with some considerations on what they are, how they interact with the mind and so on, and then look into each of the senses – there are more than five!

By touching on strange phenomena related to each senses such as illusions, sensory leakage and some tweaks that can be made through technology, we seek to present a detailed panorama on the wonderful world of senses.

Senses are complex structures belonging to the nervous system, whose job is to provide the much-needed data for perception. 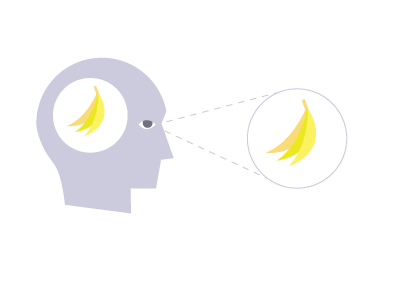 Our senses have physiological features that feed information to our brain, which in turn uses it to construct the image of our reality – the world we live in, our own self, and others.

The information provided by the senses is an important part, but it doesn’t include all the elements that take place in the construction of “reality”, other things like ideas, also play a crucial role as we shall see below.

Senses at the Border of the Two Realms: the Objective and the Subjective

Our perception of the world will always take place through some sort of sensory organ, that is sensitive to several types of stimuli. For example our eyesight works by capturing the light that bounces out of objects and our nose is sensitive to the chemical compounds floating in the air.

It is, thus, one of the few places where the gap between the objective and the subjective is bridged. Like consciousness that emerges from the brain in rather mysterious ways, the senses bring up subjective experiences in the canvas of consciousness, giving rise to qualia.

According to Daniel Dennett, they have the following properties: 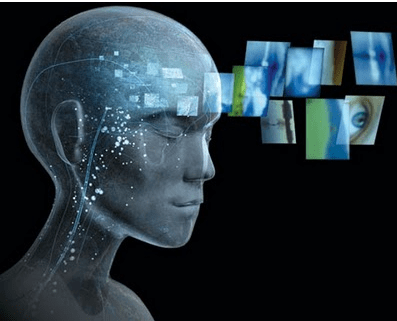 It is important to understand that how we perceive the world is not as the world is, but rather, as it appears to us. The qualias that dwell in our perception are subjective representation of those things that are out there in the world, but they are, after all, representations.

Philosopher Kant made an incisive distinction in this field. He said what we experience is what is shown to us, and is therefore a phenomena, but the things as they are per se, will always be unknowable (the noumenon).

Think of it like this, when we put on sun glasses, things seem much more obscure; and when we put on glasses of a different color, we will see the world tinted of that color. In a similar way, our senses will always tint the perceived thing, making us impossible to access things in a “pure way”.

There is so much data that the world is “emitting” than what we are able to “capture” with our senses. What we perceive, is but a tiny fraction of the diverse types of energies that are out there.

The world emits a wide range of signals, but our system has evolved in such a way that it only captures some of the information, specially that which has made it fit for survival (from a Darwinian perspective). 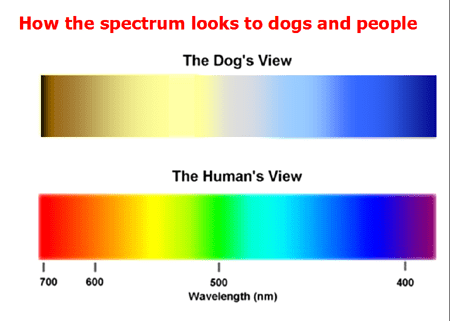 Our visible spectrum comprises colors of the rainbow, but frequencies that are above and below, are not perceivable by us. There are, however, some animals that can see more bands of the spectrum (like bees who can see ultraviolet light) and some that can see less (like dogs who can only see green and blue colours).

Other animals have completely different senses from ours. For example, pigeons can detect the magnetic fields of the Earth! It is a true challenge for the imagination to try to construct a “how it would be like” image of how the world is perceived with different senses.

The Senses give us Undifferentiated Information, its our Mind that Organizes it

The senses just feed information to our brain, it is the brain that organizes and interprets them. For example, when we are in a crowd, there can be several conversations happening around us, and all the conversations within our hearing range, are hitting our eardrum.

But if we do not pay attention to them, they might appear to us as undifferentiated voices. It is only when we pay attention to one conversation that it becomes clear. In a similar fashion there are millions of stimuli that our brain is receiving. It is from this raw material that the mind constructs objects, and ultimately the world.

Take for example this following picture – note that it can be seen in two ways. The sense of sight is providing information of lines and some colors, but it is the mind that assembles this data and constructs, not only the shape, but also the motion.

Shapes, colors, textures adorn our reality. Our human experience is, inherently, subjective experience; meaning that the world will always appear with some specific qualities that are dependent not only on the sensorial input we get from our senses, but also, the way our mind assembles them into objects.

Gestalt Psychology highlights that individuals perceive objects such as shapes, letters, pictures, etc., as being whole when they are not complete. Like the rabbit–duck illusion is an image that can be seen in two ways. It is possible for someone who hasn’t seen either a duck or a rabbit before, to not see it at all. The Relationship between the Senses and the Self

The true nature of our senses has been a subject of much pondering, especially in relation to our Self. If we take a look to what sensations are, they are always changing, but not, our essence.

Our self remains despite the information that our senses are delivering. Because of this, it has been thought that the senses do not influence what we are at a deep level; they might not touch the core.

People have developed thought experiments in order to separate one from another. For example, in the 9th century, Avicena, a prominent philosopher of the Islamic tradition, devised the experiment known as the “the floating man”, in order to affirm that humans are incapable of doubting their own consciousness even if they were isolated from all sensory input since birth.

Because it is conceivable that a person, suspended in air while cut off from sense experience, would still be capable of determining his own existence, the thought experiment points to the conclusions that the soul is a perfection, independent of the body, and an immaterial substance.

Probably, the closest thing that we can get to this hypothetical setting are the isolation tanks, also called sensory deprivation tank. They are lightless, soundproofed capsules where subjects lay in salt water at skin temperature. They have various usages and therapeutic effects, but also, hallucinations are frequent.

Others have stated that the information the body provides is essential for the way our mind is configured. Like in the case of ‘Phantom limbs,’ where people still feel an extremity despite loosing it, might shed some light on the way our brain is hardwired in relation to the way we are constructed, and also, in regards to the sensorial information that is always processing.

The senses are great!

Regardless of the complexity of the subject, our feelings towards our sensorial information should be nothing but of amazement. They add life and colours to each day and give us the ground for our actions and our thoughts and provide our gateway to the exterior. It is, in this tone, I believe that the following song is relevant.

Juan Pablo Hern
To breathe music, think in motion, walk among friends, improve our times, learn from nature, keep the awe, philosophize now and then and to live love and love life.
Subscribe
Login
0 Comments
Inline Feedbacks
View all comments