More than Just a Trickster: The Many Faces of the Coyote

The coyote – myths and facts 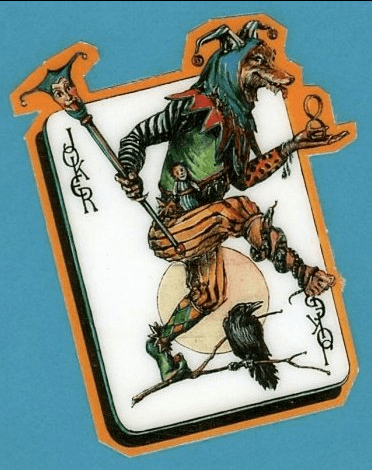 The coyote has a reputation of being a sneaky predictor and a nuisance. Many fear the coyote and believe they attack and maul humans, because humans have narrowed the land in which coyotes use to roam freely, so they have had to adapt to living in such close proximity. But most coyotes are solitary creatures who keep their distance from people.

Without their territory and food sources, the coyote has migrated into cities and parks. In order to survive, they have stolen beloved pets from their backyards and knocked over garbage cans.

This is the consequence of habitat destruction and is not the fault of the animal. Even still, the coyote does not attack a human unless it is sick or threatened. They are survivors and are present in many different roles in native folklore and medicine.

Let’s take a look at some of the roles coyotes play in Native American folklore.

Coyote as a teacher Coyote is well known in many Native American stories. In some tribes such as the Navajo, he is hailed as a hero. In these legends, he is credited with helping humans by stealing fire and killing monsters. Stories involving coyote always depict him as male and are told during the winter months.

His willingness to help humanity is always beneficial to himself as well and involves deception and mischief. In these stories, the purpose of coyote is to teach sacred and spiritual morals; he can be both funny or fearsome and is said to have been an ancient being that existed from the beginning of time.

In contrary, the Navajo also believe the coyote to be a bad omen. If coyote crosses your path, you must not continue your journey as he is considered a symbol of unfortunate events to befall you in future.

Coyote as a trickster

“This coyote was just like a real person in the old times. He was two-faced; he was evil, but he was also good. The people often use him in the evil way; and in the good way too. they use him for he has power to help as well as to harm.” ~ Coyote in the Underworld, Apache

In the Hopi myths and legends, the coyote is more of a trickster. His antics and adventures can serve as moral teachings for social interaction and tribal etiquette. Coyote is more flexible in these tales, taking form of either male or female, hunter or sorcerer and can travel into any realm or landscape.

The coyote is often gullible in these stories and defeated by many of the animals he interacts with. His playful nature is often his downfall thereby teaching lessons in greed, recklessness and disobedience. The depiction of coyote in Hopi folklore reflects the impact the animal had on their livelihood. He was considered useless, neither providing fur nor food and wasn’t considered a spiritual guide at all.

Coyote as a villain

In many Lakota Sioux stories, the coyote is represented as a male human. In these tales, his inappropriate behavior gets him into trouble. Whether it is lying, cheating or chasing women, the tales are usually humorous and sexual in nature. Coyote narrowly escapes death or returns to life after being killed. The lessons learned are cautionary ones; be careful who you trust and who you associate with.

Coyote as the divine

In some tribes such as Crow, coyote is worshiped as a god of creation. It is said that coyote learned the secrets of creation from Old creator and ran him off after his anger over Coyote’s theft of knowledge destroyed mankind. Coyote rebuilt the planet and humanity. He is known as the trickster god, AKBA-ATATDIA, Old man coyote and First Maker.

For the Cherokee, coyote represents loyalty, adaptability and the ability to find humor in dark times. Coyote teaches us to be mindful of our actions and the consequences that follow. He is a shape shifter and transformer and therefore brings about ends and new beginnings. Finding purpose through enjoyment and the simplicity in life is one of his greatest lessons.

The coyote is a powerful being throughout native folklore and medicine. In moving through many disasters and adventures, he tricks himself into spiritual conquests. His lessons, whether good or bad, remind us to pay attention to thought, word and deed.

He reminds us of the consequences of our behavior and teaches us to enjoy life through his humour and wit. He balances us with his intelligence and child like nature. Most of all, coyote shows us how to laugh at ourselves and adapt to whatever life throws our way.

I am writing a book on coyotes and this is a great article to help me. Thank you!

[…] More than Just a Trickster: The Many Faces of the Coyote […]

5 Signs You May Possess Thunderbird Medicine

The Four Cardinal Virtues of Human Excellence According to Plato

“Wisdom is the leader: next follows moderation; and from the union of these two with courage springs justice.” ~ Plato Human excellence is the art...