Understanding Narcissism and Coping with It

In Greek mythology, Narcissus, a young man renowned for his beauty, sees his reflection in a body of water and falls in love with his own image. Unable to leave the beauty of his reflection, Narcissus fell to his death. That’s how the word “narcissism” came about.

Narcissism is a term used to describe a focus on the self and self-admiration that is taken to an extreme. It involves admiration of one’s own physical or mental attributes, often defined as excessive self-love.

Does that mean narcissism is bad or is there a healthy dose of narcissism that can be used to thrive? Lets find out more…

The concept of excessive self-admiration has also been explored by various philosophers and thinkers throughout history. Sigmund Freud in his paper titled ‘On Narcissism: An Introduction’ – in 1914 – suggested that narcissism is actually a normal part of the human psyche, referred by him as primary narcissism.

In Freud’s theory of personality, people are born without a basic sense of self, and its only through the experiences that occur during early childhood that people gain what is known as ego, or a sense of self.

As a child interacts with the outside world and is conditioned to adhere to the social and cultural expectations, he develops a perfect image of himself that the ego strives to attain.

Another psychologist Alfred Adler believed that it was natural to strive for a sense of superiority and perfection – its the need for approval driven by the ego to feel loved and important. This is healthy narcissism or a normal defense that protects us from failures and keeps us away from feelings of helplessness.

Its seen more as a morale-boosting (Healthy Narcissism) activity to keep our motivation levels up in life. In healthy narcissism, one is aware of their strengths and weaknesses and is able to have realistic expectations of their self.

There is no need for any “one-up-manship” or “one-down-manship” in the relationship. While unhealthy narcissism on the other hand is in complete contrast.

Extreme side of Narcissism 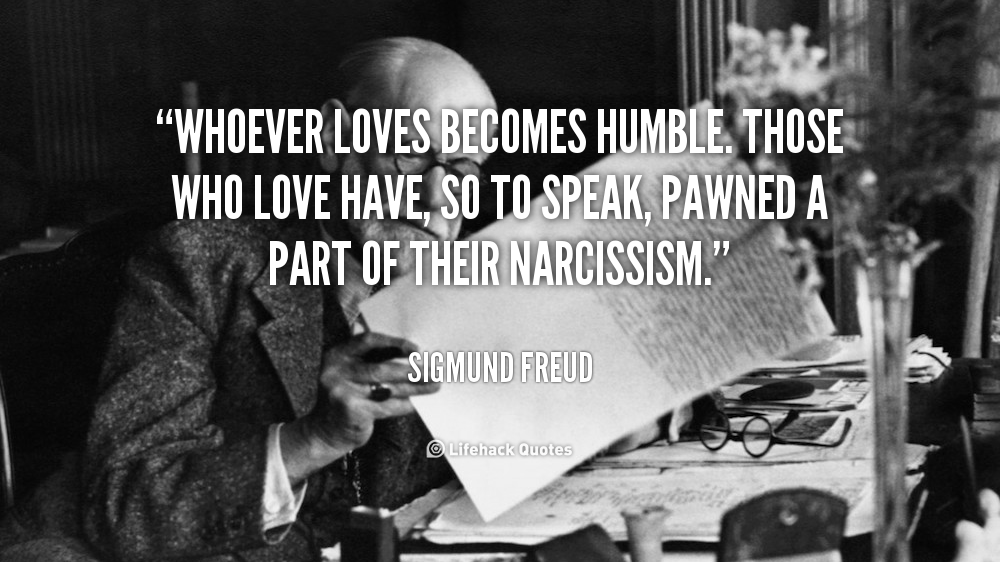 Many times, people tend to confuse self-love with narcissism but there is a clear distinction between the two. Self-love is important to evolve mentally, physically and spiritually, whereas self-obsession is confined to our outward perception of self, position, power and status.

Self-love is triggered by sense of oneness but self-obsession is a constant struggle to fight low self-esteem, insecurity and other complex issues. Extreme Narcissism can lead to Narcissistic Personality Disorder (NPD).

The disorder is caused by a severe case of egocentrism. They believe that they’re superior to others and have little regard for other people’s feelings, derived from arrogant pride and lack of empathy. Narcissists spend a good deal of their time and energy doing things to make themselves look and feel good and pumping up their egos.

More than others, a narcissistic individual is causing damage to their own mind and body. He sticks to feelings of self-grandiosity and lives under the impression that they are not prone to vulnerability.

But behind the mask of this over-confidence lies this fragile self-esteem, vulnerable to the slightest criticism. The disorder interferes with the development of healthy relationships with others. The cause may be linked to a dysfunctional childhood, such as excessive pampering, extremely high expectations, abuse or neglect.

Narcissism on the Rise

Much research has been done to prove that narcissism has been on the rise during the last 30 years, especially among young people. People are paying more heed to entitlement instead of enlightenment.

A new study showed that Narcissists have no problem admitting they are narcissists. Even the word ‘selfie’ and what it stands for has a rather narcissistic implication, don’t you think?

People suffering from extreme narcissism need healing. More than anything, working on their thought patterns is a necessity, since that distorts their self-image and to help them create a more healthy and realistic self-image.

All human beings crave intimacy and love and to experience the same one has to be vulnerable and free. Narcissistic leaders and corporate owners rule us. Being profit-oriented and pragmatic is easy to achieve but being selfless to help one another takes some courage and is rewarding in ways that is good for the soul and mind.

If you identify yourself as a narcissistic or if you know someone who shows these traits, few things can help you deal with it.

Be compassionate towards oneself and others. Understand that everyone makes mistakes, and in those mistakes lies valuable lessons of life. Learn from them and evolve.

Understand your feelings which are driving you crazy and then tell yourself that it’s momentary and you are capable of converting that feeling into something positive. For example – If you fear that you will fail and it has left you feeling anxious, encourage yourself into believing that you won’t fail.

Narcissistic have the need to be constantly admired. Here, it is a good idea to remind yourself that your existence is a beautiful creation in itself and you don’t need laurels to prove your worth constantly.

“There is a universal urge for intimacy, for trading subjectivities, in communication. For Telepathy. Our desire for it tells us about what we wish to be: truly intersubjective beings.” ~ David Porush Nature heals the body and mind in more ways than one. It expands our thinking and teaches us to appreciate it’s natural beauty. When you are too absorbed in yourself, you fail to enjoy the simple joys of life. Observe your surrounding. Go to beautiful places not with the idea of vacation but to unravel the unknown that lies within.

“The first act of awe, when man was struck with the beauty or wonder of nature, was the first spiritual experience.” ~ Henryk Skolimowsk

Having insecurities blocks your flow of energy in the mind and body as few muscles and nerves always remain tensed. Insecurities won’t help, it will only worsen the problem. In fact, insecurities attract more negative energy and successfully execute Murphy’s Law. So, just breathe and take one day at a time.

“To put is still more plainly: the desire for security and the feeling of insecurity are the same thing. To hold your breath is to lose your breath. A society based on the quest for security is nothing but a breath-retention contest in which everyone is as taut as a drum and as purple as a beet.” ~ Alan Watts

Small in Between
History of Narcissism
Narcissus
Narcissism