Much Ado about Moving: The Movables, the Immovables, and the Movers:

This exceptional quote by Benjamin Franklin strikes at the heart of the human condition. In one simple sentence he blends a wide range of human experiences: ignorance, pride, and passion, to name a few.

While we should be cautious about overgeneralizing, quotes like these can still be helpful as they give us something we can hang our intellectual hat on. It provides us with three symbols, or archetypes, to imaginatively and creatively explore. And that’s exactly what we’re going to do in this article.

Understand: We all contain aspects of each of these three. Look at it like a three-way yin-yang. Nobody can definitely say they are 100% a mover, a movable, or an immovable.

We all fall along a fluctuating probability spectrum between all three, weaving in and out of each of them over the course of our lives, depending upon the experiences we’ve had and the education we’ve learned, unlearned, and relearned along the way.

So without further ado: much ado about moving. 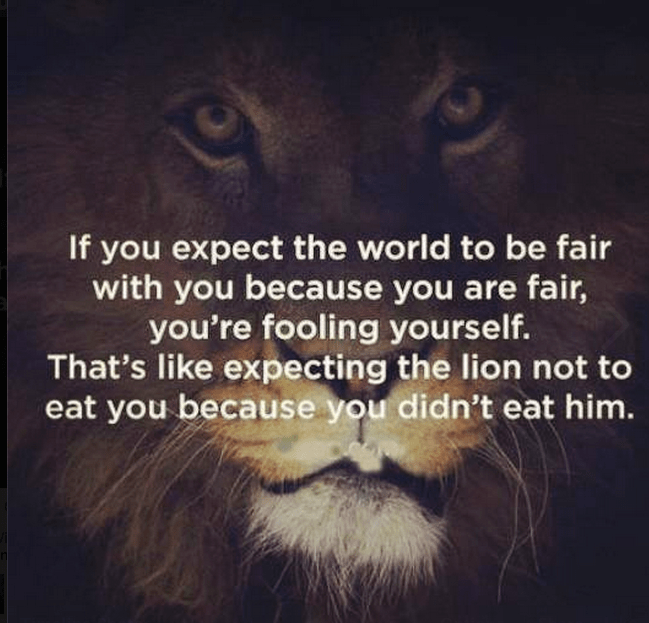 The Movable archetype is immature and impressionable, a fledgling beginner of the new. It’s that part of us that is susceptible to power and authority. It tends to seek the easy way out of things, usually as a tagalong to someone or something stronger. Movables are naïve and experience ordinary ignorance.

Their comfort zones are mere pinpoints but exceptionally malleable. Their mental paradigms are null. But their ego is empty, and so there is always hope with the movables. There is always a chance that they can be directed toward the good and the healthy.

The hope lies within their innocence and flexibility and the fact that they are free to be molded into something great. Their vulnerability is a boon, but they are double-edged swords that can cut both ways, depending upon the moral compass of the one(s) who eventually “move” them.

We would do well to tap into this aspect of ourselves when attempting something new, or when we need fresh eyes to see the world with. For example: even an established Mover would be wise to adopt a movable disposition after exiting an existential cocoon, or after experiencing a dark night of the soul.

Beginner’s mind comes to mind, or the concept of the New-layman mentioned in Surpassing Mentors and Escaping the Master’s Shadow. But all things in moderation, to include being credulous. The Immovable archetype is rigid and static, an inert monolith that’s averse to change. It’s that part of us that wants everything to stay the same, to remain safe and secure. It tends to stay firmly planted like a mighty oak.

Inflexible and unyielding, it fears change and anything that drifts away from its opinion of the “norm.” People who have been crippled and overwhelmed by this archetype are status quo-junkies par excellence, people who have “placed all their eggs into just one basket.”

Their comfort zones are tiny and unbreakable, and thus averse to stretching. They are stuck in their ways and refuse to budge an inch in the way they view things, even if a healthier way presents itself. Because of this they tend to be dogmatic about their beliefs, using terms like “faith” and “patriotism” to placate themselves and the innocent masses.

From devout disciple to master-stuck-in-his-own-mastery, and everyone stuck in between, the immovable is anyone who has given up the search for Truth; who believes he has already found the truth, despite the world and the ever-greater truth of the great mystery that is our cosmos.

But this archetype is a part of us all, loyal, trustworthy, and steadfast. We would do well to tap into it when committing to goals, or seeking to plant roots, or in cultivating life-long friendships.

Immovables may not want to move, but there can be great strength in standing firm upon certain things, like having the guts to be stern when others are overly lax, or being harsh when others are being too lenient, or even having the audacity to stick to your guns while committing acts of civil disobedience.

But all things in moderation, to include being strict with our principles.

“If I am unable to make the gods above relent, I shall move hell.” ~ Virgil The Mover archetype is proactive and hands-on, a fierce contender that always takes the initiative. It’s that part of us that gets shit done, that takes the bull by the horns and wrestles it to the ground. It stays on the move, ever-adaptable, never staying anywhere for too long, lest it lead to stagnation. People who adopt the mover archetype are focused and clear with their objectives.

Movers are free, no matter what rules surround them. They are dedicated to moving the world, lest the world move them. Movers are a force of nature, fully realizing that they alone are responsible for everything they do.

They easily move the movables and even sometimes have the power to move the immovables, if given enough time. Their strength is their tenacity to stay adaptable to change and to capitalize on opportunities.

Movers can be immoral and preach hate and intolerance, they can be moral and push for love and tolerance, or they can be amoral and do both somehow, playfully using all sides against each other, or even mocking it all with high laughter.

Indeed, one could argue that the most moving mover is the amoral one. But all things in moderation, to include… moderation?

At the end of the day, we all have aspects of each of these archetypes. We can probably all agree that we’d rather be more mover-like than either movable-like or immovable-like, but sometimes things don’t work out.

Sometimes fate tosses a monkey wrench into our machinery. The good news is that we have from this moment (right now) until the day we die to make a difference, to dig down deep and find the capacity to change.

So let’s honor Old Ben Franklin and take this moment to find the courage to move, and then keep moving. Move despite the rigid immovables and the moveable suckers. The world needs more people who can move.

stubbornly repeating my praisals of you and your writings, noono lets move on and let me just express how I see and love your ability to always sneak in a little subliminal political kick in the butt while on the subject of inner landscapes 🙂