4 Ways Not Being Irrational Can Make You a Better Person

“All the problems of the world could be settled if people were only willing to think. The trouble is that people very often resort to all sorts of devices in order not to think, because thinking is such hard work.” ~ Thomas J. Watson

This article could list a helluva lot more than just four ways to be aware of irrationality –scarcity error, hindsight bias, outcome bias, groupthink- to name a few. But for the sake of limited space and your precious time, we’ll stick to these four for now.

By heeding the following perhaps you’ll be able to recognize your own cognitive errors sooner and you may even be able to change course before any permanent damage can be done in the future.

They can stretch your comfort zone, heighten your awareness, and potentially even make you a better person. But before we get to the four ways, I want you to NOT imagine a pink elephant. Got it? Good, you may now proceed.

1) Take things into consideration rather than believe in them

“There is no polite way to suggest to someone that they have devoted their life to a folly.” ~ Daniel Dennett

“History,” writes Steven Novella, “is strewn with ideas that were intuitive and made sense at the time, but were also hopelessly wrong.”

Indeed: Flat-earthers, heliocentric believers, Jewish zombie cults, witch hunters, people who supported slavery; these were/are all symptoms of a self-aware species stuck in its adolescence, trying vainly to evolve past its infancy. The finite game of belief is a dangerous game.

It purports that we place all our eggs into a single basket, while ignoring all the other infinite baskets. This leads to fundamentalism, authoritarianism, oppression, dogmatic myopia, blind patriotism, tyranny and, worst of all, rampant ignorance toward what is healthy for human beings to thrive as an interdependent being in an interconnected cosmos.

In short, it prevents spirituality from flourishing. A far superior strategy for dealing with the quagmire of Truth is to simply take things into consideration using probability as our guide. Belief cripples thought, ties it up into tautological knots, and then leaves it starving in the middle of the Desert of Just Desserts.

Considering an idea rather than believing in it, on the other hand, mends thought, frees it from circular bondage, and saves it from the dearth of the desert. Skeptically considering the universe, rather than superficially pigeonholing it into a prepackaged truncated belief structure, liberates the soul by freeing us up to engage with the cosmos in an authentic and interdependent way.

2) Underestimate your knowledge rather than overestimate it

“Knowledge rests not upon truth alone, but upon error also.” ~ Carl Jung Embrace your ignorance, or it will embarrass you. Realize that you are a fabulously fallible creature, first and foremost. The evolution that’s dangling from your back pocket like a monkey’s tail is riddled with error after error: carnal, cognitive and cosmic.

We are a fumbling, stumbling, clumsy ape that imagines it’s a flying, confident, graceful god. We all know that we’re prone to mistakes and imperfect, but we tend to ignore these facts and put forth an irrational confidence.

For example most of us irrationally believe that we’re excellent drivers, when in reality most of us are not even decent drivers. This is called the overconfidence effect: a cognitive bias in which someone believes subjectively that their judgments are better or more reliable than it objectively is.

So knowing that we don’t know as much as we think we know is the first step toward attaining real knowledge. Acknowledging that we know less than we think we do, gets us closer to actually knowing something. This is because we then free ourselves up to learn more.

Even masters who have already mastered their art probably believe they know more than they actually know, and so the master who can admit this to himself is better able to truly engage beginner’s mind and continues to learn and perfect his mastery, with the understanding that his mastery will never be perfect.

3) Understand that if a billion people say something irrational, it is still irrational

Similarly, if the majority of the people blindly believe in something irrational, it doesn’t make them correct. It just makes them irrational sheep.

If a thousand Pastafarians stormed the beaches declaring that the Flying Spaghetti Monster was coming to turn water into rum and hats into colanders, and we should all pay homage or boil for an eternity in a pot of hell, it doesn’t make their view any more rational than if one only one “crazy” person was preaching the same. 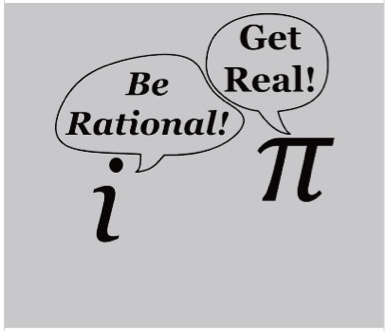 How is it possible that such irrational thinking can still plague our “evolved” species? Solomon Asch’s experiments on conformity have revealed the true nature of our herd-instinct. Sadly his research shows that people will often completely ignore concrete evidence in favor of conforming to popular opinion. Like climate change being man-made, for example.

But don’t feel bad if you’ve been taken by this particularly nasty cognitive bias, we all have. It turns out that it is actually an evolutionary survival strategy that is deeply rooted inside us all.

Imagine you’re out on a hunt with your fellow hunter-gatherer friends and suddenly everybody screams and runs away. Are you to stand there scratching your head wondering what their running from? Of course not, you’re going to run because you could be dead before you’re able to figure anything out.

So you see it was an evolutionary advantage. But as it stands today, this survival strategy is mostly just psychological baggage that we must take great care to guard against. In today’s day and age we can afford to be that guy who stays behind to figure it out, because we’re not in immediate danger. Indeed, we actually flourish even more by being that guy.

We guard against the herd-instinct by being skeptical and by questioning things to the nth degree while using the key to open-mindedness.

4) Understand that Control is a stubbornly persistent illusion

“The mediocre soul is incapable of transmigrations –the most supreme form of sport.” ~ Jose Ortega y Gasset

This just means that you have considerably less control than you think you do. It would behoove you to simply roll with this fact. There’s a healthy helping of humble pie at the end of the truth that slaps you.

This doesn’t get you off the hook for thinking or acting irrationally, mind you. Not in the least. Rather, it gets you off the pedestal that doesn’t even exist in the first place. It puts the cart back behind the horse where it belongs, so that we can allow the journey into the unknown to continue.

At the end of the day, life is a giant ocean of small and large chaotic fluctuations that create the illusion of order. There’s nothing wrong with taking advantage of this order, mind you.

It’s as much a tool that leverages us in an ever-changing reality as a hammer is a tool for hammering nails. But just because you have a hammer doesn’t mean that everything is a nail. It is our responsibility as rational beings to think rationally in an otherwise irrational world.

The most profound way we can take control of our lives is to realize that it is mostly out of our control and that people are mostly irrational. Indeed, enjoying the ride, I mean genuinely allowing the journey be the thing, is the ability to live and thrive in the tension between being both circumspect and adaptable, between being both skeptical and able to go with the flow.

We cope with adversity by embracing adversity, thereby transforming it into a sacred privilege that launches us into self-actualization and onto the path toward enlightenment. …..instead of “considering” the charlatan I “believed” in him. I handed him my beautiful ignorant heart on a silver platter…….and, of course, my organ of love broke wide opened. I embrace my ignorance. I am grateful for the lessons it teaches me and for the journeys it takes me on……the crack in the vessel continues to spill succulent drops of preciousness………drops of knowledge, awareness, mis-directions, and re-directions towards change…….the knowledge that spills is like a never ending bread crumb trail, a fractal……… Thank you again My Gary Z. for sharing your grace, your loving kindness, your beacon-ness for light or… Read more »

“What good fortune for governments that the people do not think.”
– Adolf Hitler

The pink elephant is just.. fantastic.

So why did when did to think of a pink elephant >.>

Psychology with a Soul ~ Views of a Transpersonal Psychologist

“The reflection, the verisimilitude, of life that shines in the fleshly cells from the soul source is the only cause of man's attachment to...
Read more

“You are only a disciple because your eyes are closed. The day you open them you will see there is nothing you can learn...
Read more

Understanding Addiction & Finding Freedom From It

"There is no chemical solution to a spiritual problem." ~ Unknown Addiction is undoubtedly something that has plagued our society. It seems you can't really...
Read more

Yoga has the power to transform almost all facets of our well-being - to balance chakras, beat stress and anxiety in daily life, alleviate...
Read more

Harnessing David-like Courage in the Age of Goliath

The Pendulum of the Mind: Between Sense and Nonsense

“The pendulum of the mind oscillates between sense and nonsense, not between right and wrong.” ~ Carl Jung Out beyond notions of possible and impossible...
Read more