Reincarnation and the Soul’s Journey: Part 1

“When we have completed all the journeys and adventures through our variety of lives we are supposed to return to the creator with our accumulation of knowledge. It is then absorbed. In this way we are considered cells in the body of God.” ~ Dolores Cannon

Whether we are comfortable with the idea of reincarnation or not, there will be certain patterns and reoccurrences in our lives that are impossible to ignore. Why are we so different from each other in how we react with and digest the world around us? 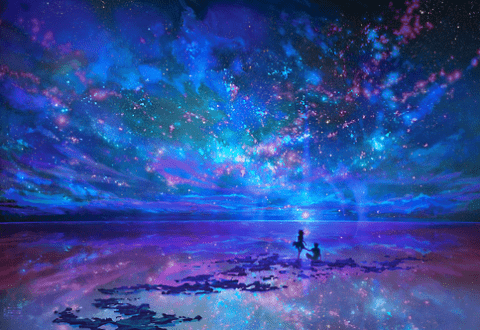 Why do some succeed in material terms while others ‘fail’? Why are some born with such hardships it can seem overwhelming for others to even comprehend? Everything that makes up US can probably be attributed to a past life or experience we have had along the way, and in some capacity was most likely a choice our soul made, whether we’d like to admit it or not.

The unique part of us that may be an exception to the rule is how we deal with lessons. This can often appear to be a hindrance; whether we take to the challenge we have set ourselves or not.

A soul’s stubbornness, inclination to become a victim of circumstance, inability to learn a particular lesson leaving us stuck in it for lifetimes, goes hand in hand with the positive aspects of that soul that may also reoccur; an interest in certain subjects, academic talent, love of particular parts of the globe, or even prodigal-like talents for a certain artistic endeavor or ability to look at the world with a unique freshness and share it with our fellow man.

A confusion that is often associated with reincarnation is how ‘old’ each individual actually is. In many new age circles this has become a competition – I’m older than you and so on, reflecting the earth-based ego radiating in all its low vibrational glory.

If we assume that we all started out at the same ‘time’; we were born as one with our creator, or as part of the Source, and then branched out as and when we saw fit, we can leave such pettiness behind.

This simplified view of ‘time’ means we can wonder what happened next… maybe we stayed as one with the Source for while, or perhaps we became light beings or other ‘invisible’ forms of energy; helping to create planets and get them up to a standard that life could inhabit. Perhaps we were eager to separate – bursting forth into the unknown to begin learning lessons in material form.

Were we all gas, then rock, then plant, then animal, then ‘man’? Or did we have the option to skip a few steps; weaving in and out of the endless possibilities, and indeed types of life form that we may not have even imagined – inhabiting other planets and being part of civilizations that are mere whispers in our eternal memories. We have all been in existence, forming and reforming for eons, for energy can never truly ‘die’ and will merely change shape to compliment the next lesson along the way.

In this way then, we are ALL ‘old souls’. The real difference, surely, is whether we are old souls in earthly terms. Whether this is our first ‘earthly’ life, or our one thousandth, when we joined the strong karmic pull of the earth and its unique cycle of lessons – otherwise known as Samsara – can directly reflect how deeply entwined we really are, and how far off are we from overcoming our repetitious pitfalls.

Many people often report (in a regressive state, usually during hypnosis) that they have a deep longing to ‘return home’ and a weighty sadness at the horrible actions of others; this being their first or second life as a human. They are still having trouble adapting to the ways of the world and want out, forgetting their origins during the natural course of birth on this planet.

Others report rejection of their human body through obesity, drug abuse or negative cycles of thinking which lead to disease; anything that will rid them of this heavy and burdensome shell they have come into.

Others sense déjà vu on a daily basis, and feel deeply ingrained emotions that seemingly come from no-where of jealousy, hatred and greed, perhaps reflecting their long stint on earth and all the baggage they have accumulated and are yet to transcend from previous incarnations. It may feel next to impossible for the soul to step out of Samsara due to their time on earth, that the weight is just too great and the amount of karma overwhelming. This may in fact be the very reason earth is so coveted a place to incarnate. ‘Aliens’ or creatures from other planets certainly seem to be extremely interested in us – ranging from the cold experimental being who perhaps wonders how a species could be so stupidly cruel, to the more compassionate, loving type who understand the effect our demise could have on the whole of existence.

Those who are rooting for our survival and want us to flourish. The explanations of both types probably trigger some resonance within us and many theories have been circulating for centuries about exactly why other beings are so interested.

One is that earth was seeded as a garden, or paradise and other life forms invested in it as a place of perfection until human beings inevitably ‘fell’ (see any religious text on the subject), whereas another is that many planets have come before earth breeding a species similar to humans that are the direct balance between the two ‘types’ of alien race; both compassionate and cruel, and have all come to a sticky end or were able to move into a new dimension just in time and regenerate as a new planet and species that was able to vibrate on a higher frequency.

‘Everything is occurring in perfect timing.’ ~ Doreen Virtue.

Whatever the truth is, it is precisely because of the depth and range of human emotion, and karmic pull (not to mention the beauty of the planet), that earth is a place where one has the potential to advance very quickly if one sticks to the plan. Is it directly due to the likelihood of derailment being so much greater than other places in the universe that the waiting list is so long?

Whatever the truth is – and remembering that there are also the infinite number of parallel universes where we’re living our lives (with slight differences of course) is mind blowing to say the least – the statement that earth is a unique and wonderful place to be living certainly seems to strike a cord.

Life IS precious and if we are able to approach the idea that we are cells in the body of the Creator/Source seeking out all depth of experience and possibility, then it really is awe-inspiring that we get to be a part of it. This kind of reminder can keep us plugged in to the relativity of life and that we are truly honoured to be here.

I don’t not believe in alien intervention far from it!..but the detail you go into just sounds like an overactive imagination..but it may be true ha!

I don’t discount reincarnation rather

Where do you get all this information about aliens ect…it just sounds like your just making it up..it makes for a nice read but how does it stand up..I don’t discount relate dualization of consciousness..but no one knows why and how..and yet here you are telling us you have the answer?

I am so entirely dissatisfied with the concept of life that I will succeed at ceasing to exist.

I wish I could remember my past lives. Maybe then it would help me understand who I am and why I have the life I’ve had. I had some one tell me I had a lot of soul contracts, still not really sure what that means for me..