Five Ways to Assert Integrity of Purpose and Imaginative Vision

“Be daring, be different, be impractical, be anything that will assert integrity of purpose and imaginative vision against the play-it-safers, the creatures of the commonplace, the slaves of the ordinary.” ~ Cecil Beaton

Integrity. Purpose. Imagination. Vision. There is such a short supply of each of these in this dishonest, purposeless, unimaginative, and myopic world. Never before have we needed those with the wherewithal to harness the power of these vital principles. With integrity we crush deception under the boot of Truth. With purpose we smooth out the rough terrain of a life well-lived. With imagination we creatively sow the seeds in order to reap a thousand innovative futures. With vision we leverage intuition in order to see clearly through the smoke and mirrors.

With all four of these values in tow, we existentially crush out, leaving a path for those with enough courage to follow into creating paths of their own. We gain the courage to take the road less traveled by digging up the road most traveled and planting seeds there.

Here are five ways to assert these important values into our lives.

1.) Be daring and different in the face of cowardice and indifference

“The one permanent emotion of the inferior man is fear – fear of the unknown, the complex, the inexplicable. What he wants above everything else is safety.” ~ H. L. Mencken

Let us not be inferior men. Let us rise out of our inferior fears and grab onto our superior courage. Let us bootstrap ourselves out of the muck and mire of our own indifference using boldness and compassion. 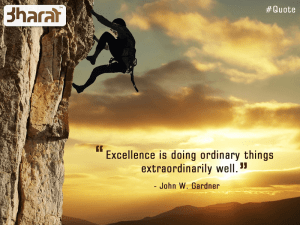 2.) Reveal the extraordinary to the slaves of the ordinary

“Most of us have no idea that we are no longer fenced in. We’ve been so thoroughly brainwashed and intimidated and socialized that we stay huddled together, waiting for instructions, when we have the first, best, and once-in-a-lifetime chance to do something extraordinary instead.” ~ Seth Godin

Ah, the daily grind. The monotonous monotony. The slow-moving traffic. The clogged-up cogs cogging through the cultural clockwork. The dead-mackerel stare of people somnambulating along the never-ending people-mover toward death. Stick a fork into the haunch of our collective humanity, we’re done!

But there must be a way we can steal ourselves away from the menacing mundane, the boring banality, the humiliating humdrum of it all. How do we finally see the field despite the fences, the forest through the trees? How do we gain the alchemical courage to transform Ordeal into Adventure?

As Dan Millman said, “There are no ordinary moments.”

As such, it behooves us to discover the brilliance within the banal, the magic within the mundane, the diamond heart being honed and sharpened by the noonday demon’s defiant hand.

We do this by turning the tables on self-seriousness and becoming authentically sincere with ourselves instead. By upsetting the applecart of our certitude with the power of our fortitude. By honoring the humility of it all with a humor of the most high.

As Patrick Laude wittily stated, “Joyous laughter expresses a sense of superiority over the lower realms of one’s ordinary self, as also over the lower shores of reality.” 3.) Play dangerously with the play-it-safers

“The secret of reaping the greatest fruitfulness and the greatest enjoyment from life is to live dangerously.” ~ Friedrich Nietzsche

Feeling safe is great for comfort zones, but not for much else. In an age where safety is overrated and adventure is smothered by overreaching security protocols and whiny institutionalized authorities clinging to their ill-gotten power constructs, it behooves those of us with the imaginative wherewithal to ruffle a few feathers, kneecap a few high horses, and poke holes into a few bloated ego-ridden windbags taking themselves too seriously. We can use the air to counter the greenhouse effect.

Let them throw up their petty walls of fear and paranoia. Then let’s systematically topple those walls with audacious courage and imaginative humor. Let them whine about security and comfort and luxury, as they scream “me, me, me!” and “mine, mine, mine!”

Then let’s poke holes in their spoiled rotten logic with ruthless reasoning and healthy interdependence, while declaring “we, we, we!” and “rise, rise, rise!”

4.) Reveal the exceptional to the creatures of the commonplace

“The alternative is unconsciousness, the default setting, the rat race, the constant gnawing sense of having had, and lost, some infinite thing.” ~ David Foster Wallace

It is the job of creative deviants the world over to both disturb the undisturbed out of their ordinary and monotonous states of mind, and to reawaken dormant faculties. We can achieve this through audacious art and creative protest, through music and dance, through poetry and insurgent love.

To reveal the exceptional to the creatures of the commonplace is the highest calling of our time. Life is too short, love is too precious, laughter is too fleeting a thing to leave it to commonplace creatures.

Life should be lived to the nth degree. Love should be passionately and frivolously subsumed. Laughter should be smashed through all the cracks and crevices of the all-too-serious comfort-junkie’s myopic worldview.

Like Charles Bukowski cryptically stated, “If you’re going to try, go all the way. Otherwise, don’t even start.” 5.) Be an impractical idealist around the all-too-practical idolaters

“The one serious conviction that a man should have is that nothing is to be taken too seriously.” ~ Nicholas Butler

Spiritually launch yourself off the rotting corpse of the religious god. Existentially jump out of the dogmatic rat race toward Armageddon. Ontologically overcome yourself, for the sake of all things. Screw the theists and their petty idolatry. Screw the commonplace civilians begging for a David while their heads are up Goliath’s ass.

Screw the blind worshipers of authority and tyranny, of corporations and governments, of greed and plutocracy. Their ways have been declared outdated and uncouth, unhealthy and unsustainable, immoral and misanthropic. Their horse is dead from having banged its head over and over again into the back of the cart. We might as well stop beating it.

Your time is too precious to be lost on the dead patterns of the parochial past. Your life is too short to be wasted on armored masculinity and hardened rage tripping over its own weaponry.

The love in your heart is too fleeting a thing to be squandered on empty power, competition without purpose, and movement without meaning. Square the circle of your idealism reaching out over the impossibility of itself. Strive despite their constant attempt at dampening your courageous and adventurous spirit.

As Dylan Thomas said, “Rage, rage against the dying of the light!”