Two Ways to Reach the Light from the Darkside: Zen and The Art of Zigzag Dynamics

“The modern hero, the modern individual who dares to heed the call and seek the mansion of that presence with whom it is our whole destiny to be atoned, cannot, indeed must not, wait for his community to cast off its slough of pride, fear, rationalized avarice, and sanctified misunderstanding. ‘Live,’ Nietzsche says, ‘as though the day were here.’

It is not society that is to guide and save the creative hero, but precisely the reverse. And so every one of us shares the supreme ordeal––carries the cross of the redeemer––not in the bright moments of his tribe’s great victories, but in the silences of his personal despair.” ~ Joseph Campbell

The concept of Zen is a wide umbrella. It’s basically a Japanese school of Mahayana Buddhism emphasizing the value of meditation and intuition. More specifically, it’s a heightened state of mindfulness gained from practicing no-mind which leads to a state of non-attachment. It’s the consistent condition of being fully present to reconditioning. Zigzag dynamics is the art of reprogrammed heroism; a state of overcoming, where creaturely awareness begets creaturely transcendence. In this state, the Overman-Underman Cycle (which represents both the animal equanimity and the self-manifestation of individuation latent within the human condition) reveals itself as a cyclic rope leading from the profane to the sacred and back again, ad infinitum. 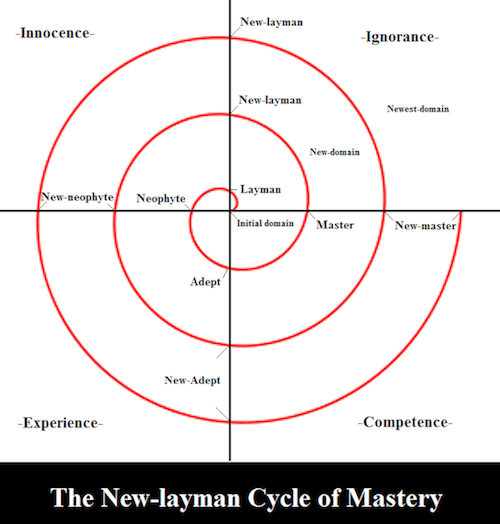 Similar to the New-layman Cycle of Mastery (see image), a reprogrammed creative hero uses this cycle to both climb up into the “invisible places” and to climb down into the “forbidden places.” Thus gaining the ability to take the good from the bad and learn from the bad within the good.

By combining these two concepts we get the Zen of Zigzag Dynamics. Which is basically a reprogramming of heroism using the method of Zen.

Through the practice of mindful/no-mind meditation, and non-attached intuition, the Overman-Underman Cycle reveals itself as a dark-to-light, yin-yanging, spiraling out into The Force that is the Great Mystery.

For the purpose of this article, we’ll focus on two pit stops along the path: Reconciling the shadow and shadowing the reconciliation.

For the adventurer who sojourns at these sacred spots, there is a beautiful unfolding of chaos-within-order and order-within-chaos: a flexible state of mythical heroism where heroism itself can be redefined and re-manifested into a new way of being human in the world. As Zen master Baso cryptically stated, “If I see you have a staff, I will give it to you. If I see you have no staff, I will take it away from you.” Such is the way of the Zigzag Path.

Reconciling the shadow (from Underman to Overman)

“Chaos is what we’ve lost touch with. This is why it is given a bad name. It is feared by the dominant archetype of our world, which is Ego, which clenches because its existence is defined in terms of control.” ~ Terence McKenna

The archetype here is usually referred to simply as The Shadow. But there’s no reason why we cannot apply a little imagination. We can call it whatever: The Dank Nothing, The Blackly Biting Blight, The Dark Molasses of the Soul. Or whatever. I call it the Underman: the underman. The polar opposite of Nietzsche’s Overman.

The psychosocial aspect of the self (the conditioned and indoctrinated self) that must be reconciled (and reconditioned) in order to individuate the ego and catapult the self into the self-actualized state of the Overman.

When it comes down to it, shadow work is light work. Ego flexibility is paramount. Self-plasticity is the key. Forget wrong and right, good and evil, sense and nonsense. Embrace the scary middle, the challenging stopgap, the uncomfortable between, the Zen of the zigzag. Usually the bridge has more to teach us than either the safety of home or the triumph of the destination. As with life, so with the self – the journey is the thing. The same must apply to the self as Willem De Sitter applies to the universe: “After all, the universe is a hypothesis, like the atom, and must be allowed the freedom to have properties and do things which would be contradictory and impossible for a finite material structure.”

So it is with the self, merely a hypothesis. But a deeply sensitive one. Since it seemingly contains all that we hold precious and dear. Nonetheless, a little self-ruthlessness is necessary.

A little self-dissection is in order. A Getting down to the bones of it, the blood and guts of it, the angry ghost writhing in the animal angst of it. A little red-pill popping despite the blue-pill popping world.

The true self-actualized human understands the hypocrisy of the human condition as well as the absurdity of discovering meaning within an inherently meaningless universe, but creates meaning nonetheless, despite absurdity and meaninglessness. Despite the prison of being bound within a breath-gasping body.

Despite eventually being food for worms. Reconciling the shadow is merging absurdity with audacity, connecting them like links on a chain, or knots in a rope. Something used to ascend over the self, to self-overcome again and again. Something to climb up into a heightened state of awareness, a transcendence of psychosocial confinement, and a catapulting into self-actualization.

Shadowing the reconciliation (from Overman to Underman)

“I love when people that have been through hell walk out of the flames carrying buckets of water for those still consumed by the fire.” ~ Stephanie Sparkles

As above, so below. The dark dot in the light is the Underman screaming. The white dot in the dark is the Overman singing. Shadowing the reconciliation is teaching the Underman how to sing, as well as teaching the Overman how to scream. Vice versa becomes mutatis mutandis. Overman is allowed to alter Underman, and vice versa. Thesis becomes antithesis becomes synthesis in this infinite Meta-game of mutually beneficial modification.

Shadowing the reconciliation is humbling the ego. It’s popping a hole in the ballooning out of the self-actualized ego. It’s taking the Overman down a few notches and reintroducing beginner’s mind. It’s a primal re-grounding, a reaching up from the underdark and pulling the Overman’s head out of the clouds.

This is not to take the wind out of one’s sails, mind you, but to bolster the keel and reinforce the boat so that the sails are carrying a healthy vessel rather than dragging a wreckage into an unforgiving horizon. Indeed.

Underman brings Overman down so that Overman can bring Underman up. As above, so below. Crown chakra begets root chakra. Yin implies yang. Ashes birth Phoenix. Pain becomes wisdom. Forgiveness blossoms into love. 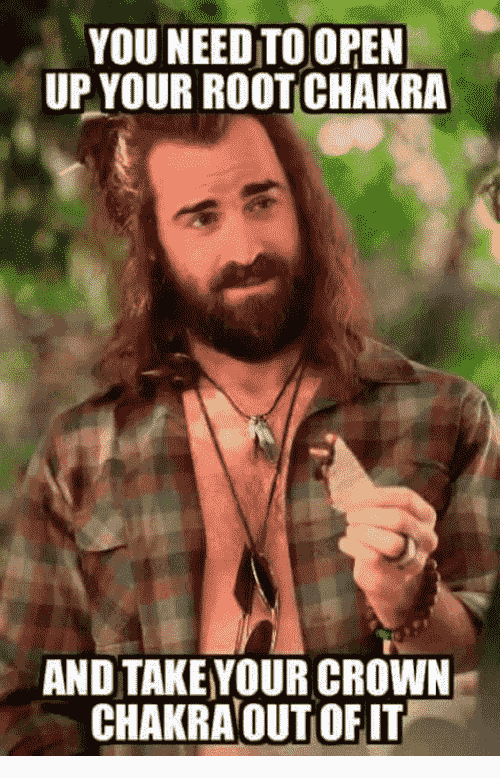 Wise ones from shamans to Shakespeare knew this to be true: there is no up without down, no inner without outer, no life without entropy, no creativity without destruction, no infinity without finitude.

The Overman-Underman Cycle is a zigzagging personification of these truths, letting each the other off the hook of the seriousness of their own plight.

When one begets the other, both are bolstered into one robust force of nature. As Chief Crazy Horse articulated, “I salute the light within your eyes where the whole universe dwells. For when you are at that center within you and I am at that place within me, we shall be one.”

Dark to light
Harmony of Dragons by Android Jones