Serotonin a chemical present in your brain, that can be released through high states of meditation or through the use of psychedelic drugs, has been proved to make you susceptible to spiritual experiences.

A team of Swedish researchers had found that the presence of a receptor that regulates general serotonin activity in the brain correlates with people’s capacity for transcendence, the ability to apprehend phenomena that cannot be explained objectively.

Because of the mystical experiences users of psychedelic drugs like LSD have had scientists have long suspected that serotonin influences spirituality. Although now they have proof from brain scans linking the capacity for spirituality with a major biological element. 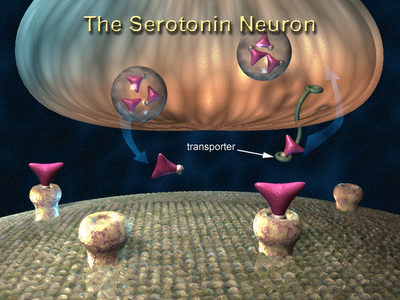 Reporting in the American Journal of Psychiatry, the researchers see the evidence as contradicting the common belief that religious behavior is determined strictly by environmental and cultural factors. What it means is those with a higher concentration of serotonin receptors will therefore most likely show a stronger inclination towards experiences where they see God or they experience higher connections with themselves and the universe.

Those whose brain scans showed the most receptor activity proved on personality tests to have the strongest proclivity to spiritual acceptance. Apart from the elevate consciousness experiences, Serotonin is in charge of moderating mood, metabolism, and sexuality.

You may be interested in boosting your serotonin levels naturally, take a look at 6 Ways to Get Happier Naturally by Boosting Your Serotonin Levels.

Thank u for sharing!!!

We do not need to injest these chemicals to experience effects like this… Our brain naturally produces chemicals and we can consciously signal for their production. “Science has now uncovered that the vibrational information and commensurate feeling states of Love, translates through our physiology to stimulate a series of complex neuro-biochemical reactions resulting in the production of vital chemical substances that promote well-being. Specifically, the brain’s limbic system, has been noted to be profoundly influenced by the vibrational language of Love. The limbic system operates by influencing the endocrine system, which is the main system that produces and coordinates key… Read more »

Hi!May I have more information about this research that the Swedish team had found?where can I found the article?Thank you in advance!

6 Ways to Get Happier Naturally by Boosting Your Serotonin Levels

Serotonin, the 'happy hormone' is a neurotransmitter predominantly created in our digestive tract. It's known to influence our mood, memory, sleeping habits, appetite, cravings,...

As research pushes the boundaries of what causes addiction, its becoming more evident that it is nothing more than a byproduct of an unhappy...

We have endlessly searched the nooks and crannies of our hearts and minds to conjure up some semblance of understanding to define love and...

“The link between food and mood is cyclical. If poor eating habits are the initial problem, then depression, mood swing, poor concentration, or fatigue...

The Brain-Gut Connection for Mental Well-being

Have you ever wondered the reason behind feeling butterflies in your stomach? Or that sinking premonition feeling around your stomach when something unexpected happens? Several...

I wouldn't want to keep you waiting for long before you decide to take off. Here are the remaining six places where you can...