“Power is in tearing human minds to pieces and putting them together again in new shapes of your own choosing.” ~ George Orwell

The above quote is powerful because if you are not the one who is tearing your own mind to pieces and putting it back together again in the shape of your own choosing, then someone else probably is.

It’s fine if you’re okay with who is doing the tearing to pieces – like if it’s Buddha, Jesus, Nietzsche, Gandhi, Thoreau, or even Orwell – as long as you’re the one who is putting it back together again. Stand on the shoulders of giants, but don’t become attached to their shoulder.

Use their shoulders as tools to see further than they did, and then reshape your mind according to the newfound perceptions. Just remember to continue taking the leap into the unknown in order to discover more and more giant’s shoulders to stand on.

This is the trick to reengineering God, whether it’s from the shoulders of giants, or in the fountainheads of experience, or through the intellectual and spiritual boons gleaned by contemplating the cosmos, the trick to hacking God is flexible courage, or courageous flexibility.

Dive in. Tap the source of whatever knowledge there is to be had. Steal it if necessary. Mold it. Ninjaneer it according to your own unique soul-signature. Ripen it. Create fruit with it. Come back and share it with your fellow mortals.

Then let it go and dive back in. The water is warm and waiting for those who have “skill in swimming.” But if that’s not enough for you, here are five more specific ways to hack God.

“I would rather be chained to this rock than be the obedient servant of the gods.” ~ Prometheus

You can also call it Dionysian insouciance, or Adam-like defiance. The key is a courageous delving into the unknown in order to discover hidden secrets otherwise unattainable. Obedience to God be damned! When Prometheus insolently stole fire from the gods, he laid the foundation for the evolution of mankind.

The evolution of our species depends upon disobedience. Adam and Eve’s “original sin,” for example, far from corrupting mankind, set him free in order to become fully human. Like Vladimir Nabokov said, “Curiosity is insubordination in its purest form.” And it is through such insubordination that God is truly hacked. No matter what form God may take.

The Promethean innovator is an example of divergent thinking, deviating from the ordinary in order to discover the extraordinary. Promethean audacity is becoming “divergent” like Beatrice Prior in Divergent, or becoming “The One” like Neo in The Matrix.

It’s staring “God” in the face, and through your fearless “poker stare” alone, calling his bluff and hacking his mind. Suddenly the tables are turned and you’re holding all the cards, and the royal flush you reveal is the legerdemain of your courage.

God is stumped and trumped, and the money (boon of knowledge) that you win is the fire that you steal. And by god it’s worth it, “punishment” be damned.

“If you meet the Buddha on the road, kill him.” ~ Linji Yixuan

There is a tremendous freedom in creating our own experience. The creative choices we have are practically infinite. It can be overwhelming, daunting even; what Timothy Leary calls the “vertigo of freedom.” In order not to get engulfed by the sheer magnitude of our freedom we must be able to practice non-attachment.

We must be able to counterintuitively attain no-mind after using mindfulness to get there. And in order not to be overwhelmed by the infinite consequence of enlightenment, we must be able to “kill” the idea that we have achieved it. This is tantamount to hacking god precisely because we are allowing enlightenment to continue unrestricted by our ego. We are “getting out of our own way” and letting the “process of godding” to continue unhindered by our insufficient definitions.

“Truth is a truth until you organize it, and then it becomes a lie. I don’t think that Jesus was teaching Christianity, Jesus was teaching kindness, love, forgiveness, and peace. What I tell people is don’t be Christian, be Christ-like. Don’t be Buddhist, be Buddha-like.” ~ Wayne Dyer One of the most powerful God-hacks is the ability to fearlessly forgive. It begins with being vulnerable enough to forgive ourselves. By embracing the absolute fact that we are fallible and imperfect, and we will make mistakes.

We forgive our unexceptional nature so that we may liberate our exceptional nature. And this takes courage. As Laurence Sterne said, “Only the brave know how to forgive. A coward never forgives; it is not in his nature.”

“Everything you can imagine is real.” ~ Pablo Picasso

Morpheus was the Greek God of Dreams. A powerful God-hack is realizing, as Einstein did, how “Imagination is more important than knowledge.” In our dreams, within the deepest recesses of our imagination, we see how more is possible than actual.

The way we actualize the human condition is to expand the boundaries of the mind. Imagination can indeed trump matter. Like Jason Silva said in Shots of Awe, “Having invented the gods, we can turn into them.”

This is the beginning of art and science coming together to create a spiritual reckoning. Imagining God is hijacking God. It is harnessing the powers of the cosmos in spectacular ways in order to improve upon our technologies of ecstasy. 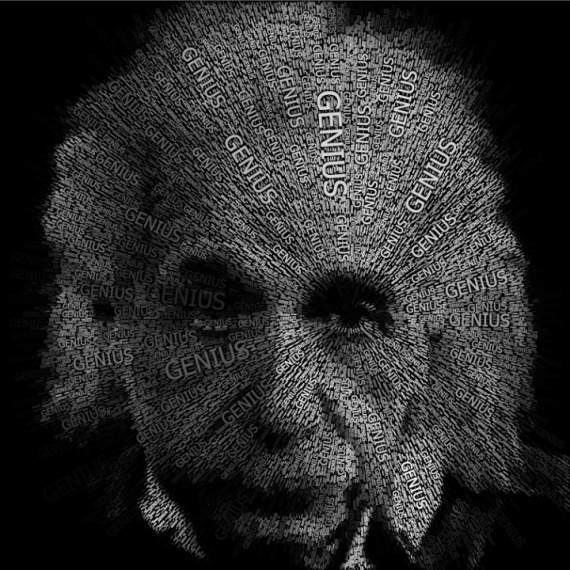 he gods like a spiritual Robin Hood stealing their “immortal gold” and giving it to the “mortal poor.” It’s counting coup on them while they sleep.

“God is a comedian playing to an audience who is too afraid to laugh.” ~ Voltaire

If there is a God, he-she-it-they is us. If everything is connected and energy can neither be created nor destroyed and if “the eye with which I see God, is the same eye with which God sees me” as Meister Eckhart profoundly said, then God is us and we are God and everything is everything and it is up to us to figure it all out.

The question is: how do we get better at it? How do we recognize and own up to our power, and then how do we become more proficient and more responsible with such power? A powerful answer may be found in the concept of self-overcoming.

And when it comes time that you have discovered an “answer” then that is precisely the time you self-overcome. Chisel in your right hand, sword in the other. Tear that answer apart with the question-mark sword of your courage.

Don’t be the person in the audience afraid to laugh at God. Laugh at him-her-it-them, and laugh hard. And then realize that you are laughing at yourself. Indeed, all is well in the throes of self-overcoming because it is also the throes of a human being becoming God through a humor of the most high. How else are you going to translate a paradox, but paradoxically?

I share a voice in a dream. I had been asking if God is within or is God without…old ancient monks clothed in faded yellow robes appeared. They said, it does not matter if you believe God is within or if God Is without , what matters is Faith for healing!

This article is so AWESOME.

I enjoyed this immensely. 🙂