Fractal EnlightenmentVR1
HomeSelf-DevelopmentFive Ways to be More Like Sherlock Holmes 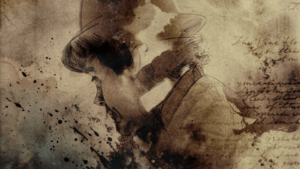 In Sherlock Holmes, author Arthur Conan Doyle created a fictional character that seems so real that many people today believe he was an actual person. He might as well have been, with as integral an aspect of our culture he has become.

Whether he’s solving outlandish cases or diagnosing the deepest of criminal psychoses, whether he’s wittily turning the tables on convention or eccentrically turning order into disorder into reordered order, Sherlock Holmes is a character that we can all get behind and strive to be more like. And why not? He’s smart, creative, daring, driven, and willing to square circles and connect dots that most people wouldn’t even dare attempt. 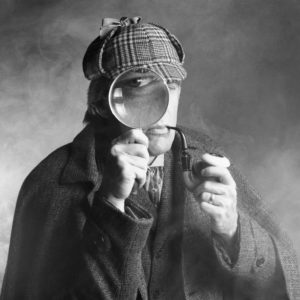 Perhaps the only kind of intelligence he’s lacking in is social intelligence. Here are five ways we can at least attempt to be more like him.

“Elementary! It is one of those instances where the reasoner can produce an effect which seems remarkable to his neighbor, because the latter has missed the one little point which is the basis of the deduction.” ~ Sherlock Holmes, The Crooked Man

Gaining expertise is no easy task though, hence the chainsaws. It takes open-mindedness in the short run and perseverance in the long run. It takes stick-to-it-iveness and a willingness to consistently update the current data pool. It requires some kind of teacher-student dynamic, preferably the kind of dynamic portrayed in the following quote attributed to Lao Tzu, “When the student is ready, the teacher will appear. When the student is truly ready, the teacher will Disappear.” Most of all, it requires someone who has learned how to think for themselves.

“What is out of the common is usually a guide rather than a hindrance. In solving a problem of this sort, the grand thing is to be able to reason backward. That is a very useful accomplishment, and a very easy one, but people do not practice it much. In the everyday affairs of life, it is more useful to reason forward, and so the other comes to be neglected. There are fifty who can reason synthetically for one who can reason analytically.” ~ Sherlock Holmes, A Study in Scarlet

Be eccentric in thought. Attempt to square circles despite the impossibility of it. Like someone on the path attempting enlightenment but never quite reaching it. Stay on the path anyway. Imagination is more powerful than knowledge for a reason. Use divergent thinking to discover why.

Unconventionally twist the conventional. Wring out all the rules and habits and pithy pacts. Squeeze out all the dogma and orthodoxy and conformist moors. Turn it all inside out. Question to the nth degree. Vivisect the animal of thought. Analyze the guts using self-interrogation tactics. Unlearn what you have learned, thus purging dogmatic close-mindedness, and then relearn with flexible open-mindedness. Truth is elusive, but it is less elusive when you’re coming at it from more angles than those that you were conditioned to adhere to.

Have a venturesome personality:

“How often have I said to you that when you have eliminated the impossible, whatever remains, however improbable, must be the truth?” ~ Sherlock Holmes, The Sign of Four

Embrace adventure. Don’t lock yourself down in domesticated bliss. Give your soul room to breathe. Stretch your heart outside the lines sometimes. Comfort and security are overrated anyway; take them in moderation. Push your boundaries. Transform them into horizons. The world is too big and beautiful and full of wonderful things just waiting to be discovered by a curious mind. Be that curious mind, and adventure will not elude you.

Learn how to tolerate risk. Cultivate a flexible lifestyle that can easily adapt and overcome the vicissitudes of life. Having a venturesome personality is more than just being courageous and bold, it’s also about being quick on your psychological feet. It’s about being open to possibility even when it seems impossible. It’s about being changeable and self-overcoming, to the extent that the you of yesterday scratches its head in wonder and awe regarding the you of today.

“I cannot live without brain-work. What else is there to live for?” ~ Sherlock Holmes, The Sign of Four

Be love, through and through. This begins with doing what you love, day in and day out. Sherlock Holmes was an awesome detective precisely because he was so passionate about his work. He was doing what he loved. He would have done it whether he got paid or not. Money was merely a side effect of doing what he loved to do. And he did it with unmitigated moxie and unshakable aplomb. Find whatever it is that brings out the same thing in you, and then do that thing unapologetically.

Life is too short not to spread your wings and fly right into your passion, whatever that is. Dive headlong into it, despite the naysayers. Despite, especially, your inner-naysayer. Mitigate the risks by starting small, but do it, and keep doing it even when you fail. Because you will fail. Even Sherlock Holmes failed sometimes. That’s the human condition, after all. That’s life. Nothing truly important and impactful is ever easy. As the Buddha said, “There are two mistakes one can make along the road to truth: Not going all the way, and not starting.” Indeed. Get started doing what you love to do. Go all the way. Don’t look back. 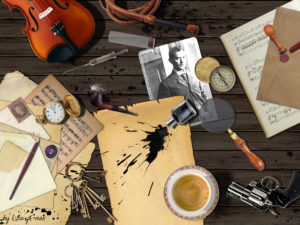 “Holmes loved to lie in the very center of millions of people, with his filaments stretching out and running through them, responsive to every little rumor or suspicion of unsolved crime.” ~ Dr. Watson, The Resident Patient

Find your sanctuary. Discover your sacred place. Devote yourself to that place. Be fully present. Integrate mind, body and soul. Get intimately involved. Feel it. Meditate in it. Then listen. Listen deeply, hungrily, like what it has to say will save your life. Then make art out of it, in it, all around it. Use it as a creative refuge, a place where you are free to connect the dots and think outside the box. Use it as your own little insane asylum, if need be. We all need a place where we’re free to be crazy occasionally.

Surround yourself with people and things that pull the love and the art right out of you. Use that love and art to create more love and more art. It becomes exponential, a cycle of progressive evolution. The artist grows through the art which grows the artist. Whether it’s the art of detective work, the art of painting, the art of writing, or the art of living an artistic life, developing a creative environment is developing a world that we can all evolve into in a healthy and creative way.

Love Me or Hate Me I Don’t Care

Love me or hate me. I don’t care. I really don’t. And it took me a long time to reach the point of being completely unaffected by someone else’s opinion about me. It was hard work, but no one can take that away from me now. That soul work...
Quote Library