Probing the Psyche for a Peaceful Mind

“All emotions are pure which gather you and lift you up; that emotion is impure which seizes only one side of your being and so distorts you” ~ Rainer Maria Rilke

The human psyche refers to the forces in an individual that influence thought, behaviour and personality. Carl Jung said, “The Psyche is the greatest of all cosmic wonders and the “sin qua non” (crucial ingredient) of the world as an object.”

Psyche is of profound importance to create our experience, of ourselves and the world. We cannot have an experience of the external world without the presence of the psyche, and hence, it is essential to observe it’s functioning.

If we are disassociated from the psyche then it makes us susceptible to look for answers outside of ourselves. When it comes to the inner realms of psyche, there are five types of misconceptions which act as hindrances to achieve peace of mind.

These are explained in detail in the book “Mind in Indian Philosophy” that draws most of its excerpts from the ancient manuscript “Yoga Bhasya and Yoga Sutras”. These misconceptions holds back the Purusa (self that encompasses the universe) from knowing its authentic nature.

Listed below are the five types of misconceptions ~

In Buddhism, ignorance is considered as a primary hindrance to wisdom. A human being ignores the thoughtful invasions of the soul.

We get entangled in the never-ending web of confusion, and not making an effort to clear that confusion is an act of ignorance towards the self. Our sufferings, guilt, anxiety, nervousness, exists because we fail to get to the roots of these emotions.

Lack of vision and inability to understand the process of the universe falls under ignorance. Most of us live our lives without having an understanding of the self, and it’s this lack of awareness that leads to instability and turbulences in our head. 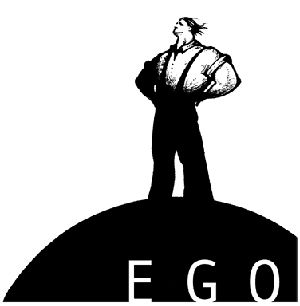 The ego is something made up by the mind. It’s the sense of self — a flash of “I” or “me” that we believe in and cling to. Hurting someone’s ego means disapproving with their notion of their personality. Ego leads to attachment, aversion and ignorance. To end the suffering, we must end our desires and let go of the ego.

Ego is something that has been constructed, and therefore something that can be reconstructed and reshaped in whichever way we want. If it is inevitable to have an ego we should resort to shape it to our convenience. To see it as a tool and not as a master.

In Plato’s Phaedo, he said, “And the mind’s power of thought is strongest when it is distracted by neither sight nor hearing, pain nor pleasure, nor anything sensual, but is, as far as it can be alone by itself.”

“Attachment is the root of suffering.” ~ Buddha.

Being attached to things and people means to give them unrealistic attributes, to perceive them as being able to give us everlasting happiness and to see them as unchanging forms. In attachment, the unconscious self is constantly seeking validation from the outer world.

We believe, when we are attached to things or people, that they are the cause of our happiness. This approach simply leads to neediness, dependency, and self-centeredness. The only thing real is a solitary being.

Happiness, as they say, comes from within and isn’t dependent on external factors. The Buddha said in the Dhammapada, “Attachment arises from (wrong) conceptions, so know them as attachment’s root. Avoid conceptualizations and attachment will not arise.”

Aversion dwells in a pain that is deleterious in nature. In the deeper understanding of the psyche, pleasure and pain are two branches diverging from the same root. That which is pleasurable can convert into painful.

Attachment and Aversion affect the psyche in the same way, they erode the self-esteem in surreptitious ways.

Swami Vivekananda said, “We find pleasure in very queer things, but the principle remains, wherever we find pleasure, there we are attached.”

One needs to embrace the fact that death is inevitable. Observing, investigating, understanding and eliminating these particular hindrances of the mind will lead to a better understanding of the self that ultimately takes one on a journey to attaining a consistent peaceful state of mind.

“The human psyche shows that each individual is an extension of all of existence.” ~ Stanislav Grof

Being strong means refusing to tolerate people and things that wound your soul. It means practicing self-care when you're hurting. It means honoring your feelings by actually allowing yourself to feel and express them. It means treating yourself with compassion and kindness, even when you feel like you don't...
Quote Library