You are here: Home / Issues / Reverse Dominance: The Secret to a Healthy Tribe

“Every human culture, to remain healthy, sustainable, and vibrant, requires a constant renewal of ceremonies, crafts, cultural practices, and the arts. Each society must generate new knowledge, skills, self-understanding, and modes of self-transcendence. To evolve, a human community must have available a diverse set of authentic and viable social forms that enables it to respond to shifting times, long-term weather patterns, food sources, spiritual needs, cultural longings, and relations with other human groups.” ~ Bill Plotkin

Egalitarianism is a type of social system that has worked for human beings for millions of years, and it has a very adaptive effect in human evolution. Anthropologist Christopher Boehm has proposed a social theory that hunter-gatherers maintained equality through a leveling mechanism he calls Reverse Dominance: a social system of checks and balances that maintains egalitarian ethos while preventing a dominance hierarchy from forming.

In his 1999 book, Hierarchy in the Forest, Boehm offers compelling evidence for his reverse dominance theory. In this article we will analyze this social theory and see how we might be able to use it to improve things within our own social environments.

Let’s break them down and see how we might be able to take the good and leave the bad while applying them to a more modern methodology.

“He who asks a question is a fool for a minute. He who does not remains a fool forever.” ~ Buddha

This is where the tribe gets together and delivers its checks & balances upon tribal leadership. In some cases chiefs are actually controlled by the public opinion of the tribe.

Usually there is an elder council that comes together to give its opinion, but sometimes the entire tribe is involved. This keeps power from corrupting and definitely prevents absolute power from ever getting the chance to become absolute.

If we blowup the concept of “tribe” and look at it on the scale of a country, groups like Congress and the House of Representatives could be the elder council, but the problem with the large scale dynamic is that it doesn’t seem to work as well, because even the “council” becomes stagnant and power gets entrenched.

Security in power leads to tyranny by nature. One way it could work perhaps, is through a true democratic model based on sortition (rather than election) that maintains the egalitarian ethos. Or to have moral individuals who expiate their power (Capital Munificence), and that’s where ridicule comes into play.

“The first task is to win something; the second, to banish the feeling that has been won; otherwise it is a burden.” ~ A.C. Grayling

This is probably the most important egalitarian leveling mechanism of all, playing upon the guilt and shame regulators inherent within the human condition. Stephanie Segal, had this to say about a !Kung method of ridicule known as “insulting the meet: “In a strange ritual known as insulting the meat, when a man hunts and kills an animal, especially a large one, he is expected to act extremely modest and to minimize the importance of his contribution to the tribe.

In addition, the other tribe members insult his kill by proclaiming how small and worthless it is.” Everyone knows it’s a great kill, but everybody jokes and jeers about it to maintain a sense of humility. This applies to any great achievements.

This is one of the cornerstones of a Sacred Clown’s contribution to the “tribe.” Sacred Clowns are preeminent mockers and actually make a playful art out of scorn. If we blowup this concept to make our country the tribe, we can probably see how this might work.

When say a football player scores a winning touchdown and the rest of the team might jokingly jeer at him and poke fun at him. Or maybe when an actor receives an academy award, maybe the crowd could make fun of him/her and take them down a notch.

The same thing could apply across the board, from small social acts like good grades in school to big ones like receiving a Nobel Prize. This makes humility a part of the foundation of a society and can even prevent people from hoarding or taking more than they need.

Best of all, it creates a particularly powerful characteristic that Ernest Becker calls Cosmic Heroism and what I elaborate on with the idea of hero-expiation & capital munificence.

“I was not designed to be forced. I will breathe after my own fashion. Let us see who is the strongest.” ~ Thoreau

This is probably the second most important leveling mechanism. Disobedience is a direct way of keeping power checked and balanced. It keeps authority on its toes and prevents power from becoming entrenched. Disobeying an order from an authority creates a ripple-effect within the social dynamic that cannot be ignored.

The authority is forced to check itself and improve upon the given order or demand. Sometimes even morally sound orders are purposefully ignored or mocked simply because the authority giving them is high on power and must be taken down a notch. Similar to public opinion, disobedience prevents power from getting to the point where it can become corrupt.

In our modern day culture we have civil disobedience, but it is still a very rare occurrence. It was made popular by Thoreau and MLK Jr., but most people just use them as talking points and there is no real direct disobedience. Most people are afraid of being disobedient because of the ominous shadow of the state and its threats of violence and imprisonment.

But this is all the more reason to be disobedient. The state is exactly the type of corrupt power that healthy egalitarian cultures use leveling mechanisms to prevent.

As it stands, the state, the very system itself, needs to be deemed unhealthy by public opinion, ridiculed to no end, its authority disobeyed, and its entire nature ostracized. Otherwise a sense of fairness, equality, and morality will continue to elude it.

Like MLK Jr. said, “The hope of a secure livable world lies with disciplined nonconformists, who are dedicated to justice, peace, and brotherhood. The trailblazers in human, academic, scientific, and spiritual freedom have always been nonconformists. In any cause that concerns the progress of mankind, put your faith in the nonconformist.”

“Love is the whole thing. We are only pieces.” ~ Rumi 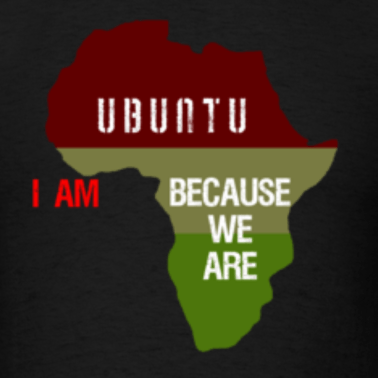 It’s extremely rare that human beings can live alone for long. We are social creatures. We need each other in order to maintain our health (physical, mental, and spiritual). So ostracism is usually a last resort as far as leveling mechanisms go.

Threats of ostracism are usually enough to get people within the tribe to “come around” and cooperate as a healthy member of the tribe. Rarely is ostracism necessary, but sometimes it is.

In which case the ostracized person better get used to being alone or move to another tribe, where he’d better shape up or the same thing will happen again. At any rate, cooperation rather than competition with the tribe is the emphasis, assuming that the tribe is healthy.

When the tribe is not healthy, as with our current system of human governance, then an ostracism of the entire system is in order. As it stands, we live in a system that is built upon competition and that suppresses cooperation.

Such a system is not socially sustainable, and therefore must be ostracized by its members. To quote Perry Buffington, PhD, “If in fact competition brings out the “beast” in us, then research demonstrates that cooperation surely brings out the “best” in us.

This finding has been held in virtually every occupation, skill, or behavior tested. For instance, scientists who consider themselves cooperative tend to have more published articles than their competitive colleagues.

“The wise know to say little, o much, and face the world with cheerful countenance. The question the wise ask is, ‘How long will you delay to be wise?’” – A.C. Grayling

In order to become a healthy society again, or even a healthy species, we need to adopt an ethos of proactive egalitarianism that uses the leveling mechanisms of reverse dominance. It doesn’t have to be serious; it just has to be sincere. And there is no reason why it cannot be playful. Indeed, the drive to play requires suppression of the drive to dominate.

Sincere play should always trump serious work. It will require a mature playfulness, and may even require more of us adopting the Sacred Clown archetype in order to level things out, but there’s no reason to think it is not possible. It must be possible; otherwise we may not survive for much longer as a species on this planet.

Also, children growing up in a social environment that practices proactive egalitarianism, and who are themselves trusted and treated well from the beginning, are more likely to grow up trusting others and treating them well and will feel little or no need to dominate others in order to get their needs met.

This is very important, because if our kids can adopt a culture of proactive egalitarianism, instead of domineering one-upmanship, even just a little bit, then there is hope for the future.

Like Robert Kennedy said, “Each time a person stands up for an ideal, or acts to improve the lot of others, they send forth a tiny ripple of hope. These ripples build a current which can sweep down the mightiest walls of oppression and resistance.”

Let’s be the person that acts to improve the lot of others so that our children may become tiny ripples of hope.

Irregular updates, but we try, we have children you know :) You will receive a confirmation email from us within a minute, if you don't see it check the junk/spam folder and mark it as safe and follow the instructions to receive our newsletters.

Thank you, don't forget to activate your newsletter subscription by clicking the link in your email.

This is an example of a text widget which can be used to describe a particular service. You can also use other widgets in this location.

Examples of widgets that can be placed here in the footer are a calendar, latest tweets, recent comments, recent posts, search form, tag cloud or more.

Send this to a friend