In a world where “the norm” is healthy, sustainable, just, and moral, there would be no reason to write this article. But alas, we do not live in that world. We live in an absurdly unhealthy world of makeshift tyrannies, stopgap superfluities, and substitute (hyper) realities.

The only way to engage with such a world is to devote ourselves to being free.

Like Albert Camus said, “The only way to deal with an unfree world is to become so absolutely free that your very existence is an act of rebellion.”

This isn’t being negative. This is being real. This is being vulnerable to actuality. This is embracing the way things are, here and now, in order to achieve a sacred space where real healthy change can begin to take place.

The tyranny of the norm is the free person’s stage, the liberated soul’s dancefloor, the unshackled heart’s smithy. It is in the ashes of the old that the Phoenix of the new cultivates itself. It’s time to rise up. It’s time to breath smoke. It’s time to set our teeth into the pulp of life. It’s time to rebelliously crush out.

Here are three questions that can help us to do precisely that.

1) Are you willing to transform your life into an adventure?

“Find what you love and let it kill you.” ~ Charles Bukowski What are you waiting for? You are the only sculptor, painter, story-teller of your life. Pluck out the tired, nerve-shaken, anxiety-ridden, over-civilized thorn lodged in the side of your sacred self. Toss it into the fire. Transform it into desire, into a life lived on purpose, with purpose.

Pluck it, drill a hole through it, thread it, and then wear it as a necklace symbolizing your power over pseudo power. Dare to engage with wild knowing, to become intimate with the unknown.

Stop hiding behind the wall of excuses you’ve strategically built around your heart in order to keep it from getting hurt. Wrecking ball that shit to the ground. Let yourself get hurt. Pain can be the greatest teacher you’ll ever know.

How will you take it? Adapt and overcome, or corrupt and succumb?

It seems like an easy choice, but it takes a gambler’s nerve, an artist’s verve, and a willingness to swim through uncertain waters instead of standing on firm ground. It takes the alchemical brilliance of transforming demons into diamonds, acid into ambrosia, and seriousness into sincerity.

Then let it all go with a trickster’s laugh and a mighty howl under the wonderfully tragic and uncertain moon. Only you can. It’s time to begin the only adventure you can ever have: Your own life lived to the nth degree.

2) Are you ready to learn the art of not giving a damn what people think?

“The privilege of a lifetime is being who you are.” ~ Joseph Campbell The hyperreal world is a bludgeon. It is being used as a mighty cudgel, hammering you into place. It is coercing you, compelling you, bullying you and deceiving you into believing that it is real. But it’s not. It is merely hyperreal, and it always will be. Its only power is the power you give it. Unfortunately the majority of us have given it all our power. How could we not?

With its tiny deceptive whispers of freedom, comfort, and security. With its cushiony creature comforts and instant-gratification overindulgences. With its army of men hell bent on keeping us contained within the same fear they are contained. With its arsenal of unsustainable machinery converting livingry into weaponry. How could we not be spellbound?

If you are free, truly free, then you are living in a state of perpetual astonishment. And what a glorious place to be. The art of not giving a damn what people think is a subtle one. It first requires you to not take yourself too seriously.

And when it blossoms into full maturity, perpetual astonishment is achieved, and there is no turning back to a life of slavery to the hyperreal. The spell has been broken and freedom becomes a self-perpetuation of glorious adapting and overcoming.

Break the chains. Cut the ropes. Realize that the whips of the slave masters are, and always were, nothing more than a cartoon in your brain. It’s time to change the channel. It’s time to live with purpose instead of by programming.

It’s time to shatter the half-empty glass of your seriousness on your bosses/masters/governors/presidents/queens/kings/emperors too-shiny and overly immaculate floor. There’s a gauntlet to be tossed, and you’re the only one who can toss it; all the whiny, woe-is-me, sycophants playing the victim, be damned!

Like Arundhati Roy said, “The only thing worth globalizing is dissent.”

3) Are you willing to bring meaning to the meaninglessness?

“If I had not created my own world, I would certainly have died in other people’s.” ~ Anais Nin

So you’ve thrown the gauntlet? You’ve double-dog-dared the world into accepting you as you really are: authentic, genuine and sincere? It’s time to prove it.

It’s time to get into the blood and guts of the whole thing: Creating meaning, cultivating purpose, generating discipline, establishing tenacity and flexibility in a dog-eat-dog world that’s hell bent on keeping you a slave to the daily grind, a victim to the vicious cycle of unsustainable clockwork, and a pawn on the chessboard of life.

It’s time to turn the tables on fear, anger, and pain. It’s time you were responsible with your own power: your power to choose or remain indifferent, to love or to hate, to be egocentric or ecocentric, to be honest or deceitful, to act with immoral intent or moral resolve –even if that resolve means taking the amoral middle road sometimes. 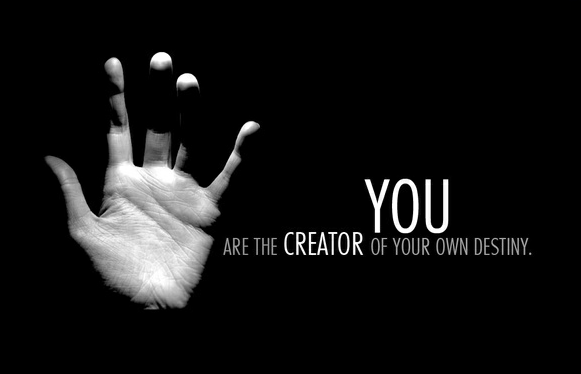 Bringing meaning to the meaningless is bringing water to the wasteland, and realizing – you are the wasteland. You are the one born into an unhealthy world. The water is health: based upon absolute cosmic law and not upon the flawed laws of men.

You are the one forced to live an unsustainable lifestyle because of the overreach of the powers-that-be, who are determined to keep you down while they deceptively use your own energy to rise up and stay on top.

The water is sustainability: eco-consciousness that puts the whole into holistic. You are the one addicted to the false security of militant men. The water is true security: the power of absolute vulnerability and the embracing of uncertainty. And, most importantly, the ability to transform weaponry into livingry.

You’re not built to be a tank. You’re built to be a sponge. The water is there to drink, but only you can drink it. Only you can soak it up, transform it, wring it out, and repeat. The Kool-Aid is unhealthy, unsustainable, parochial, and uncouth.

Stop drinking it! Stop wallowing in it. There’s no personal meaning there, but for the makeshift meaning of outdated men.

Learn from it what you can, but then toss it out, along with the unsustainable “baby” and the unhealthy “bathwater.” It’s time to create your own meaning, to engage with your own self-inflicted philosophy, to evolve into your own spiritual interdependence, to engage this immoral world in amoral ways in order to compel it to moralize itself.

You are a wasteland. So be it. But you are a wasteland that has discovered water! Drink up. Drink to the dregs. Get drunk on living life to the fullest. The time of unsustainable men taking themselves too seriously is coming to an end.

You are the sincere trailblazer with laughter in your heart, ready to spearhead into the future, where you will lead the leaderless into becoming leaders of their own. It begins and it ends with you. What will you do?

Celebrate the meaning of your life, or wallow in the meaninglessness of your culture’s nihilism? Transform the shadows or become a shadow? Topple the unsustainable chessboard or remain a pawn?

Liberate yourself from mental slavery or remain a slave/cog to the daily grind/clockwork? Live with heroic purpose or live out of victimized programing? The choice is yours. But, as Nelson Mandela said, “May your choices reflect your hopes, not your fears.”

You are such an Inspiration and so eloquently versed. Thank you