“The real struggle of the heroic individual is not solely to liberate himself from conflict with society, but rather to use the conflict within himself as a source for self-regeneration.” ~ Jennifer Ratner-Rosenhagen

The original title of this piece was a mouthful: Becoming an Icon of Iconoclasm: Cinematic Invocation and the Power of a Proactive Imagination. Or, in other words: embodying the characters we cheer for in our favorite movies so as to personally apply their courage to the world as it stands.

No easy feat. And this is not meant to sanction violence or thoughtless recklessness. Rather, this is symbolic self-encouragement. It’s using the bravery of movie characters as a catalyst for real-world courage. One can still be heroic without being violent. As Gandhi implored, “Non-violence is the greatest force at the disposal of mankind. It is mightier than the mightiest weapon of destruction devised by the ingenuity of man.” But he also advised, “If given a choice between violence and cowardice, I would advise violence.”

Iconoclasts are the one’s tempting the fates with courageous feats. They are the forerunners. The First Rebels. The New Heroes. The spearheads of change. In their world, courage is the thing.

Moderation is the key. Their secret is balance. Their overall strategy is to at least attempt to be heroic, in however tiny a fashion, as opposed to remaining an unquestioning, obedient victim in however large an oppressive system.

Here’s the thing: We are socio-symbolic animals. We are both a socially-driven and symbolically-driven species. As such, our perception of reality, our general disposition, indeed our very truth, is dependent upon the way we navigate the often perplexing and precarious social and symbolic waters of the human condition.

Through such navigating we create meaning. And through the heroic navigation of such waters, we gain the courage to create profound meaning.

Here are five ways to personify such heroism by using cinematic invocation as a tool for leveraging a little courage despite the otherwise overwhelming cowardice of the status quo. As with all things, healthy and intelligent moderation is key.

Tyler Durden is the ultimate critic of a culture in decline. His biting logic and harsh tactics are the epitome of shock value. He puts everyone around him on high alert, forcing them to be fully present to the pain and existential angst, to be completely aware of the suffering animal within them.

His disregard for the creature comforts of modern man compels the tiny, weak, domesticated, disillusioned-self within to shed its burden and stretch its comfort zone, so as to enlarge, strengthen, rewild, and awaken our all too pampered core.

Personifying Tyler Durden means being full-frontal audacious, and no-holds-barred insouciant in our disposition toward a fundamentally unsustainable, overreaching, overly domesticated, and coddled culture.

It’s exorcising the whiney, woe-is-me baby within and escalating the happy-go-lucky, child-like exuberance of an adult who has the audacity to juggle the self-serious agendas of too-serious men with humorous and sincere play.

It’s tapping into the “Project Mayhem” within us all, and using it as a tool to upset the applecart of a stagnant culture, so as to reveal to the culture that the apples were only ever rotting.

Tyler Durden knows, as Jorge Luis Borges said, “It is a fire that consumes me, but I am the fire.”

2) Personify Neo in The Matrix

“I awoke only to find that the rest of the world was still asleep.” ~ Leonardo Da Vinci 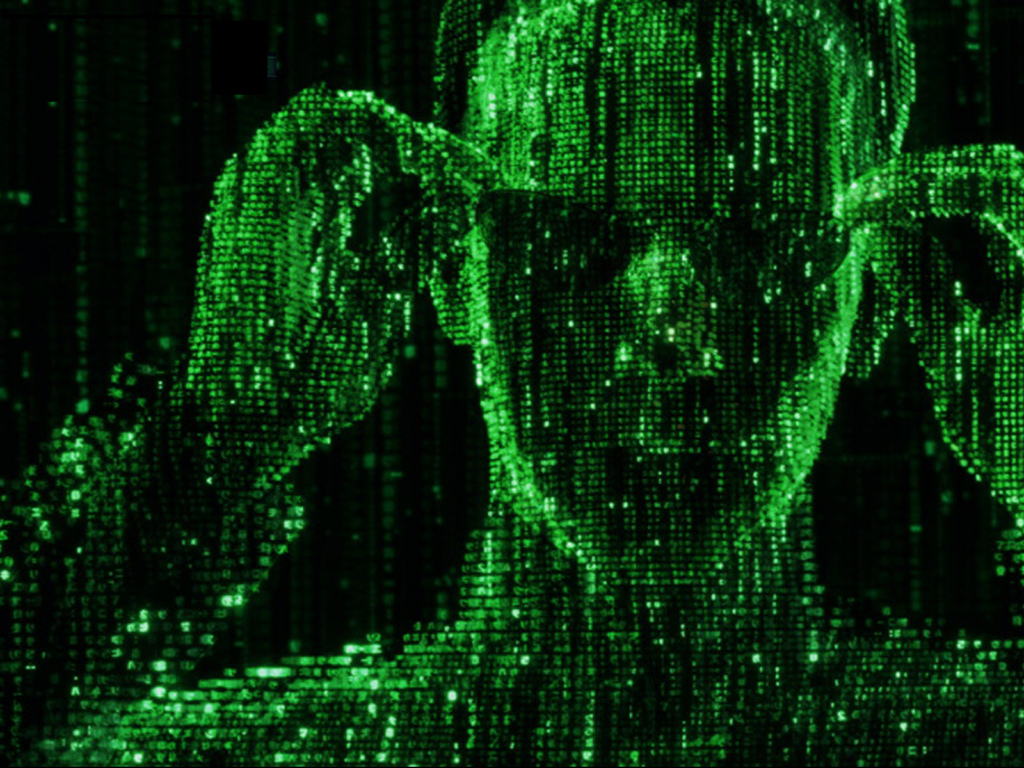 You don’t have to become a Kung Fu expert in five minutes to personify the courage of Neo. Nor do you have to be able to dodge bullets. All you have to do is know you are The One.

Don’t worry about the fact that everyone else is also The One, just focus on the only One you can control: you. And then go about proving that you are The One to all the other Ones out there.

Who knows, maybe your leading by example will awaken The One asleep in others. But maybe not. Just focus on being The One yourself and then hope that The One in others will learn from your strong example.

The other thing you’ll need to do in order to personify Neo is to make a critical choice between truth (red pill) and deception (blue pill). It will probably be the most difficult decision of your life, but you are the only one who can make it.

As Bill Hicks said, “It’s just a ride…And we can change it any time we want. It’s only a choice. No effort, no work, no job, no savings of money. Just a simple choice, right now, between fear and love.”

As Nietzsche said, “You go above and beyond them: but the higher you climb, the smaller you appear to the eye of envy. And he who flies is hated most of all.”

But all you need to remember is that you are The One. You have taken the red pill of Truth. It is your duty to “go above and beyond.” It is your absolute compulsion to climb higher. You must fly, if not for anything else, than to reveal to others that it is possible.

3) Personify V in V For Vendetta

“When the people fear their government, there is tyranny; when the government fears the people, there is liberty.” ~ Thomas Jefferson

V is the human embodiment of a fully resonating throat chakra. His power is in his words and in how he uses his symbols to instigate rebellion. He understands, as Oscar Wilde said, “Disobedience was man’s Original Virtue.” And he uses that virtue to the nth degree in showy displays of mocking authority and speaking truth to power.

He is hell-bent on transforming lambs into, at least, well-armed lambs and, at most, courageous lions. He is willing to die bringing knowledge and liberty to the ignorant prison yard.

As Maximilien Robespierre said, “The secret of freedom lies in educating people, whereas the secret in tyranny is in keeping them ignorant.”

You don’t have to use megatons of dynamite as over-the-top wakeup calls in order to personify V. All you have to do is turn the tables on authority and take your power back. You can do this by questioning authority at the very least, and/or gathering in proactive civil disobedience.

Don’t kowtow to authority. Don’t give into the “it’s just the way things are” defeatist hype. The laws of men were created by men, and men are fallible. Don’t allow yourself to be fettered by the petty laws of men.

As Lao Tzu poignantly stated, “Highly evolved people have their own conscience as pure law.”

4) Personify Katniss in The Hunger Games

“It’s better to die on your feet than live on your knees.” ~ Emiliano Zapata Katniss epitomizes innocence transformed into courage. From courageously volunteering for her sister, to being vulnerable with loss despite fear and in spite of the despicable acts of people in power. She is a symbol of bravery and hope in an otherwise cowardly and hopeless world. But such symbolism sparks courage into the kindling of hope and allows for the mighty fire of revolution to take flame.

You don’t have to be a perfect shot with a bow & arrow to personify Katniss. Nor do you have to kill a bunch of people to become a symbol of courage and hope. All you need to do is get off your knees and stop being a slave, to rise up with whatever talent you have and use that ability to leverage freedom into the world. Defy authority with your own personal symbol of courage and love.

Reveal the ways in which power has become corrupt and then get power over such power by living courageously despite it. Empire is only empire because the people have allowed it to get too powerful. The people can just as well not allow it to have power over them.

As Arundhati Roy said, “Our strategy should be not only to confront empire, but to lay siege to it. To deprive it of oxygen. To shame it. To mock it. With our art, our music, our literature, our stubbornness, our joy, our brilliance, our sheer relentlessness – and our ability to tell our own stories. Stories that are different from the ones we’re being brainwashed to believe.”

5) Personify Bruce Wayne (with a sliver of Joker) in Batman

“I’d rather die of passion than of boredom.” ~ Vincent Van Gogh Personifying Batman is a tough one. Why? Because it requires money. A lot of money. It also requires a ton of talent, but so do all the other symbolic heroes on this list. So it really comes down to the symbol.

How can you create your own symbol and use it in a moving way? And, in the spirit of Batman, how can you use this symbol amorally in order to keep the overly-moral and overly-immoral on their extremist toes?

If, as Dōgen proclaimed, “Enlightenment is intimacy with all things,” then all things include things we’d rather avoid: our shadow, tragic situations, and our own fallibility, to name just a few. Facing and reconciling our shadow is a powerful step on the path toward enlightenment, and Batman is the one declaring to the world, as the Pagan proverb states: “Don’t you ever tame your Demons, but, always keep them on a Leash.”

In this sense, Batman and the Joker are one thing: the symbolic personification of a human being who has individuated his ego and self-actualized his soul to the point of humorous, interdependent balance and oneness with all things.

Personifying Batman is self-actualizing amoral agency in an otherwise extremist world filled with overly-moral, goody-two-shoes, self-righteous bootlickers on one end and immoral, greedy, overreaching psychotics on the other end.

Either way, such amoral agency is right in the face of a world burdened with apathetic, ignorant, stuck-in-the-box thinkers. Personifying Batman is shining your hard-fought-for creative symbolism into that dark and indifferent box, and revealing that there are more ways to be courageous in this world than what we’ve been conditioned into believing.