“Technology is the real skin of our species.” ~ Terence McKenna

We are a self-creating species. We always have been. Since the dawn of humankind, when the first of our ancestors used sticks to knock an apple out of a tree, or used fire to cook meat, or shaped wood and stone into axes and spears.

Technology surrounds us like a second skin. It measures for us, feels for us, launches us, manifests us. It creates us even as we create it. It pushes at frontiers before we do. It’s our eyes and ears at the forefront of new knowledge and new worlds. Think the Mars Rover, or any number of space probes. 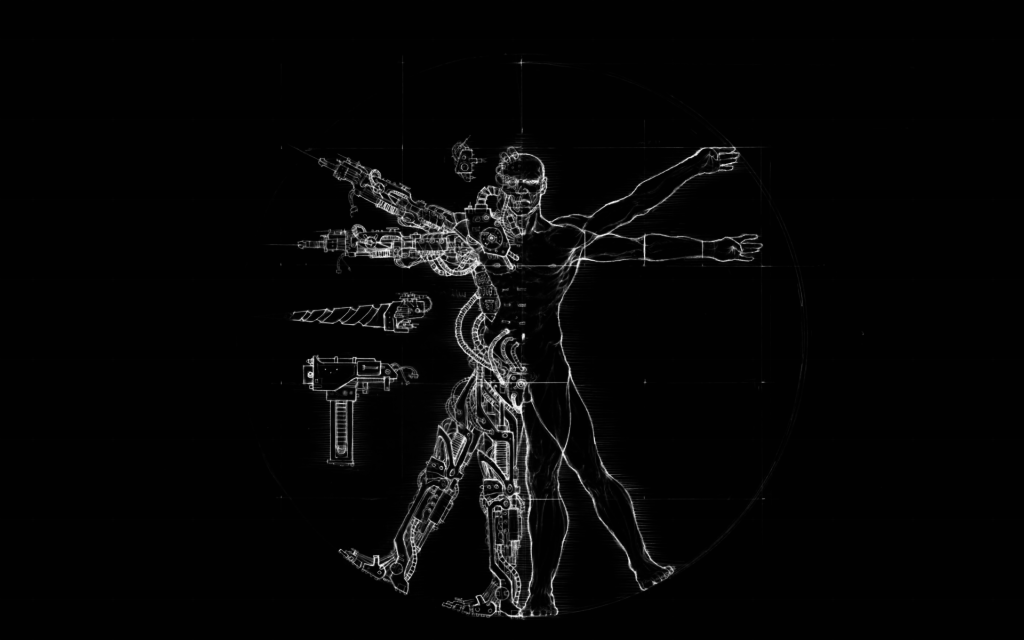 Technology is the method by which we manifest our extended humanness. It should not be taken for granted, but it almost always is. It’s so all-encompassing that it goes mostly unseen. Or it flows over us like water over fish.

With it, we have become a secondary force of evolution. A force so powerful (and terrible when not moderated and balanced) that it is ushering in a new geological age known as the Anthropocene.

The Anthropocene should come as an alarm clock, a body blow, a warning sign that it is high time we reimagined our mutual human evolution. It’s time to build sustainable and eco-conscious technology that both propels us progressively forward and doesn’t destroy the environment it is extracted from and used within, like outdated technologies do.

Here are three ways the eco-conscious transhumanist will reinvent the future.

The power to extend our reach (body):

“To be human is to be transhuman. We are the species that ransforms and transcends.” ~ Jason Silva

By transforming the human exoskeleton into sustainable eco-conscious technology, we will be able to both reach further into the unknown while also preserving the biosphere that we’re reaching out from.

It’s better to create ever-more advanced human scaffoldings from a healthy environment, where we’re able to breathe the air, drink the water, and eat the food, than to have to create new technologies just to breathe, drink, and eat.

The power to extend our consciousness (mind): “We know what we are. We know not what we may become.” ~ Shakespeare

We overcome our boundaries (hardware) by extending our mindware. Creating technology is to humans as spinning webs is to spiders.

We are integrating more and more with technology. We have the power to imagine new worlds and new ways of engaging with that world. Though it mostly goes unnoticed, our technologies are extending our thoughts and imaginations.

But even as our technologies help our minds become more ubiquitous, there is also the fear that our mindsets are not ready for such power. Indeed. In order to survive as a species, using ever more powerful technologies, we will have to resolve our issues regarding power and control.

The power to extend our will (soul):

“It is not enough to wire the world if you short–circuit the soul.” ~ Tim Brokaw

As we merge our technologies with our minds and bodies, our souls flourish. This is most apparent in the arts (paintings, movies, novels, music), but it’s also true in the sciences (mathematics, physics, psychology).

And especially true where both science and art merge (robotics, virtual reality, gaming). As astronaut Edgar Mitchell said, “We are explorers and the most compelling frontier of our time is human consciousness. Our quest is the integration of science and spirituality, a vision which reminds us of our connectedness to the inner self, to each other, and to the earth.”

In the end, we are creatures married to our technologies. Our will to power will continue powering forward through our technologies. So it behooves us to solve our issues regarding power so that the power of our technologies do not drown out our souls, or leave a burnt-out husk of a planet in its wake.

When it comes to technology, the knife that cuts also heals. Unfortunately, outdated technology has taken us off the healthy path forward that can lead to a progressive evolution for our species.

We need to use progressive technology, despite outdated technology, in order to reintroduce ourselves to nature. We need the power of transhumanist science and philosophy to build bridges that lead us back to eco-centric moderation and balance with the greater cosmos.

The knife (outdated technology) can continue its unsustainable cutting, until we bleed out as a species and die. Or the knife (progressive technology) can become a sustainable mechanism for healing that can bring us back into healthy accord with nature.

Ultimately, the choice is ours. The power to extend our will is in all of us, we just need to get better at extending our will and discover healthier ways of using our power.

Like Alan Watts said, “Technology is destructive only in the hands of people who don’t realize that they are one and the same process as the universe.”

I genuinely appreciate the perspective of this article; it’s refreshing to read something positive regarding Transhumanism. And to understand that what/who we are becoming (as a species) is greater than what/who we are today is important. Thank you for taking the time to put this piece together.