Earlier we had spoken how marijuana has been used in India and is still used across the country during festivals like Holi in the form of bhang.

The Rig-Veda is the chief of the four vedas of ancient India, that consists of hymns and prayers sung well before 800 BC to worship Gods – it speaks of Soma, a potent drink produced from an unidentified plant. It was drunk only at sacrifices, and caused the most invigorating effects. 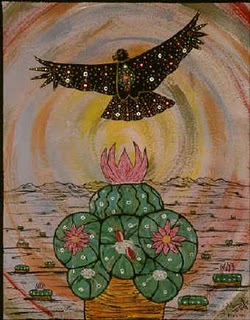 Today we shall take a look across the world at Native American spirituality revolving around the use of entheogens, the current use of Peyote and the chemical Mescaline that is derived from it and widely used as a recreational drug.

The exact date as to when man started using Peyote is not known, but at an archaeological excavation in Texas, a radiocarbon analysis showed that the specimens of Peyote found there were dated between 3780 and 3660 BC.

This results only let us know that the Native North Americans have used peyote for at least five and a half thousand years, while the Indian Mexicans, who have their own Peyote rituals are dated somewhere around 180 to 1070 AD with specimens from a burial cave.

Lets take a look at the essence of a Peyote ritual –

Today the Native American Church, a religious organization, practices Peyotism or Peyote religion, that was created by Quanah Parker in the 1890s.

It was formally incorporated in 1918 where it has been reported that Parker adopted the peyote religion due to a vision of Jesus Christ while suffering from a near fatal wound following a battle with Federal Troops.

Is Parker’s most famous teaching regarding the Spirituality of the Native American Church.

Apart from that it is currently used world wide as a recreational drug, an entheogen, and supplement to various transcendence practices including meditation, psychonautics, and psychedelic psychotherapy. (That refers to therapeutic practices involving the use of psychedelic drugs, particularly serotonergic psychedelics such as LSD, psilocin and DMT.)

But what are the harmful effects of these drugs, according to a paper published in 2005 in Biological Psychiatry quoting Dr. John Halpern’s research of the “Psychological and Cognitive Effects of Long-Term Peyote Use Among Native Americans”. 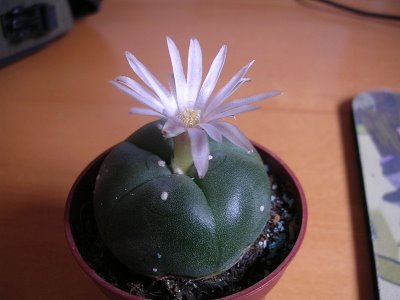 It was found that Peyote users scored significantly better than non-users on the “general positive affect” and “psychological well-being” measures of the Rand Mental Health Inventory (RMHI), a standard instrument used to diagnose psychological problems and determine overall mental health. In contrast, alcohol abusers did significantly worse than the comparison group (non-users) in all measures of the RMHI.

After Some Time, You Learn the Subtle Difference...