“For thousands of years, this extraordinary secret of Fountain of Youth had been handed down by members of this particular sect. And while they made no effort to conceal it, their monastery was so remote and isolated, they were virtually cut off from the outside world.” ~ Ancient Secret of the Fountain of youth, Peter Kelder

Tibetan monks often beam with high energy, glow and have a pulsating aura. The reason behind the youth and longevity of monks is not only their calm and composed approach towards life, but simple yet effective movements known as the Five Tibetan Rites which are possibly older than Yoga.

The practice was passed down by monks from generation to generation. It was later publicized by Peter Kelder in his book ‘Ancient Secret of the Fountain of youth.’

In this book Kelder claims to have met a retired British army colonel Bradford who shared stories of learning these rites from Tibetan monks. You’ll notice that several of the poses are very similar to yoga!

Speaking vividly about the seven chakras, Kelder mentioned that the rites are aimed at cleansing the vortexes.

The book states, “In a healthy body, each of these vortexes revolves at great speed, permitting vital life energy, also called ‘prana’ or ‘etheric energy,’ to flow upward through the endocrine system.

But if one or more of these vortexes begins to slow down, the flow of vital life energy is inhibited or blocked, and-well, that’s just another name for aging and ill health.”

While the energy that permeates through these vortexes is what propels us in our daily lives, as we age, our body automatically creates obstructions in the smooth flow and functioning of these vortexes.

Due to this reason, the hormones secreted by the glands do not reach the cells of our body.

The cells are unable to regenerate and begin to die gradually leading to aging. Buddhist monks understood this fact and forged a way out of this vicious circle.

One has to follow the rites in an orderly fashion and repeat each tibetan rite 21 times.

Repetition of the rites 21 times can be achieved gradually, starting with three times, then increasing to six, nine, 11 and so forth. (It is recommended never to do more than 21 repetitions in a single day as this can affect your chakras negatively and create imbalances in your body. If you are doing less than the maximum 21, try to end on an odd number as this is supposed to help with chakra alignment.) 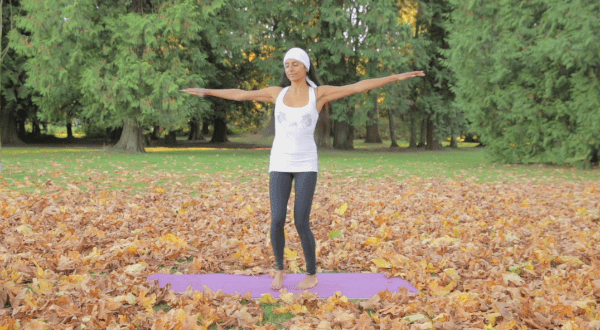 Procedure: Stand erect with feet 2 to 3 feet apart, arms are outstretched horizontally, and the gaze is fixed on any one point straight ahead to avoid dizziness. Start spinning from left to right in clockwise direction only. Repeat the procedure 21 times if you can, otherwise repeat the process as many times as possible. If you feel dizzy, then take support or sit down after the exercise.

Remember, to fix your gaze on two points – one in the front and the other behind you. As you spin the body like a dancer, spin the head quickly and bring your gaze back to the point of gaze decided initially. This will allow you to maintain balance and carry the exercise for a longer duration.

Benefit: The main reason for performing this exercise is to excel the spinning speed of the chakras in the body. That will ensure smooth functioning of the glands and make our body robust. Procedure: Second rite as Peter Kelder states in his book, is “even simpler to do”. Lie down in supine position with arms stretched out on the side of the body, palms facing down and legs fully extended. Lift the torso up, along with the legs vertically. The knee should be kept straight.

Also, the legs can go way further beyond the body while they are vertically up. If as a beginner your knees do not stay erect, it is best to bend them. Any form of pressure or force will reap negative benefits, hence, perform the poses depending as per your ability without any discomfort and gradually increase the stretch or extend the legs completely.

Then slowly come back to the floor in the resting position. Maintain a rhythmic breath, that is, as you lift up, inhale and as you come down, exhale.

A deeper breath is an indicator of a calmer mind. One form of modification for the beginners can be to place the hands underneath the buttocks to extend greater support. Repeat 21 or fewer times depending on your ability.

Benefit: Just like a core body workout, this would strengthen the core muscles and that of the legs too. This pose activates the chakra and induces heightened energy and vitality in the body. Procedure: The next rite is to be performed immediately after rite number two. Kneel down with legs together or a few inches apart with palms holding the waist or thigh for support. As you exhale, bring the neck forward, tucking the chin to the chest.

As you inhale, gently push the torso backward, throw the head and neck back as far as they will go, arching the spine. Come back to the centre while breathing out and repeat 21 or fewer times. Practice with the eyes closed.

The second rite mobilizes the mid body, strengthens core as well as stimulates the solar plexus, heart, and throat chakras.

Benefit: “I have seen more than 200 Lamas perform this rite together. In order to turn their attention within, they closed their eyes. In this manner they eliminated distractions, and could focus themselves inwardly.” said Colonel Bradford in the Ancient Secret of the Fountain of Youth. 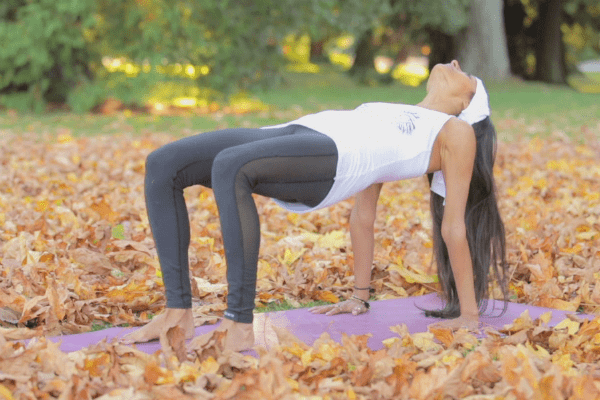 Procedure: Sit on the floor with legs stretched out, both feet 12 inches apart. Place the palms on the floor by the side of the body and press them against the floor. The chin should be tucked to the neck. Gradually come in a table top position (refer to the image).

As you inhale, lift the torso up while the knees come in a bending position. The torso is straight and parallel to the floor, head dropped back a little, as far as it will go.

Hold the breath and contract every muscle in the body. As you exhale, slowly come down to the original sitting position, and rest before repeating the procedure. Practice the pose 21 or fewer times.

Benefit: A little difficult to perform, this pose works on the same chakras as Rite 3. It strengthens the body, opens up the chakra and infuses vigour and energy at every step. Procedure: Lie down with your face down to the floor. Come in an upward facing dog position, the only difference being, knees are resting on the floor and not lifted. Push as high as you can, throw the head backwards and gaze upwards.

Now come in an inverted V shape position or more popularly known as downward facing dog. Again, tuck the chin to the chest and keep the breathing steady, i.e. inhale as you rise up and exhale as you go down. Practice the pose 21 or fewer times.

Benefit: This rite creates strength and suppleness in the body and normalises the flow of the chakras.

(Do only what you feel comfortable doing. You can start by only one of each exercise for the first week. Build up to two of each exercise the second week, three of each rites the following week, etc. or at a faster pace only if your body does not hurt when you do these exercises.)

The real purpose of the rites lies in its spiritual effect. Kelder further mentioned, “..most Westerners think it is a law of nature that our bodies must grow old and deteriorate. By looking within, the Lamas know this to be a self-fulfilling illusion.”

Within the first week of practice you will notice the difference at an internal level and as you practice regularly, after a month, the self-fulfilling illusion will start to break away.

Call that a cobra?

In therd rite, according to Peter Kelder’s book, both feet have toes pointing down, which is not practiced in the video. This is a deep change from the pattern and should be reconsidered. (I have been practicing The 5 rites for more than 16 years now).

“Ancient Secret of the Fountain of youth.” is not base on Heaven Religion but base on Earth Religion. So do not be confiuseded. Other way Science concerns with Sub Physic Nature, not Supernatural one.

I know a better way.How about accepting JESUS CHRIST AS YOUR SAVIOR AND HAVE EVERLASTING LIFE WHILE YOU CAN STILL HEAR HIS