Six Ways to Leverage Open-mindedness in a Close-minded World

“I would rather die a meaningful death than to live a meaningless life.” ~ Corazon Aquino It’s all too easy to take ourselves too seriously. And yet, on some level, we all understand that we’re really just a bunch of fallible, imperfect, prone-to-mistakes, fumbling, stumbling naked apes going through the motions of being mortal animals within an infinite cosmos. What’s a confused human to do?

Well, we can take the easy route, and just choose to accept everything we’ve been taught, or we can try the following tactics (just a few of many) to leverage open-mindedness despite an otherwise close-minded world.

This one seems easy enough. I mean, that famous graffito that says “Question Everything” has the retort “Why?” written right beneath it. Easy, right? Not so fast. I commend whoever wrote the retort for their wit, but I would respect them even more if they actually had an answer to the question. 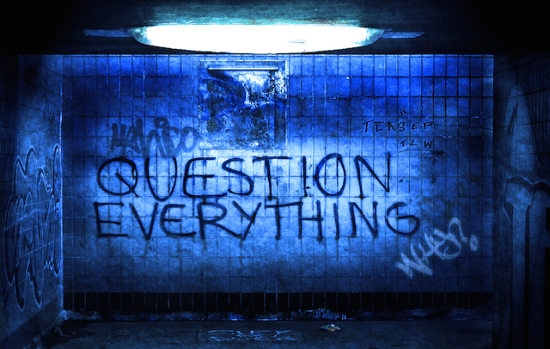 But, alas, it’s not children within whom the plague of close-mindedness has stricken. Children are at least attempting to leverage their own open-mindedness. No. It’s the adults who are carrying around the little crushed innocence of their open-mindedness in tiny boxes they claim to think outside of, in baskets they cling to for dear life, and in nutshells they vainly attempt to pigeonhole infinity (God) into.

We should question everything precisely because everything changes. Nothing stays the same. Impermanence is the only permanence. Even Truth seems to change on a long enough timeline. I mean, we used to think the sun revolved around the earth. We used to think a lot of things that turned out not to be true.

Like Aldous Huxley said, “That men do not learn very much from the lessons of history is the most important of all the lessons that history has to teach.” Indeed. But if we were to question those histories, and question our interpretation of them, or lack thereof, we are less likely to be fooled again.

Then again, it was Mark Twain who wittily opined, “History does not repeat itself, but it rhymes.”

“The impossible often has a kind of integrity which the merely improbable lacks.” ~ Douglas Adams 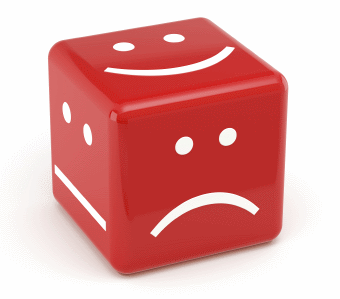 Regardless of the law of conservation, things have always, and will always, change. The underlying energy may remain the same, but the form, and thus the way the energy is conducted, will change.

An inhale and exhale in one gasp. Accepting change, embracing impermanence, is adopting freedom and maintaining the flexibility of the freed state, as opposed to the inflexibility of the fixed state. It’s standing on a high hill and declaring to the universe, “All things change, therefore I am open.”

Such a sacred opening is an invitation to the cosmos to become one through us, as opposed to against us. Indeed, the secret of open-mindedness is balancing precariously on the razor’s edge of probability while strategically moving between mindfulness and no-mind.

3) Take things into consideration instead of believe in them

I’ve written entire articles on this subject. Suffice it to say, it feels like beating a dead horse. I can even picture Nietzsche, giant mustache twitching on his pinched face, changing his famous spiel to “God is a dead horse.”

Indeed, and we’re all beating the hell out of that poor horse, forgetting the insurmountable fact that we, each one of us, have the power to define and/or redefine the definition of God in any way we choose. Or, simply allow God to be synonymous with Infinity itself and let it be.

But no! We get attached to hand-me-down, outdated definitions instead. We open our mouths up wide for the parochial spoon-feeding of our forefathers. We blindly cling to our culturally conditioned faith to the extent to where we smother any semblance of open-mindedness we might have had once as children. “God” becomes a word used to control people, placate people, scare people, or guilt people into obeying ancient goods deemed uncouth by good reason and the passage of time. And yet it can all be solved in one fell swoop with the simple switch to taking things into consideration instead of believing. Instead of clinging to the prison of outdated answers, we take those “answers” into consideration and then move on smartly into the freedom of updated questions.

But, and here’s the real kick in the pants, even the answers we come up with from our updated questions are not immune to becoming uncouth with the passage of time. After all, we could be wrong. And really, in the grand scheme of things, we probably are.

“Fortune may favor the bold, but so does failure.” ~ Brene Brown

If the key to open-mindedness is understanding probability, then the cornerstone would have to be the ability to embrace being wrong. Because when we can admit to at least the possibility of our being wrong, it makes us less likely to cling to any outdated answers or beliefs that may be holding us back. Being wrong is going to happen, a lot. We’re only human after all.

We might as well get better at not being wrong by admitting to ourselves that our answers and beliefs are more than likely wrong. This gets us out of our own way, and we are free to speculate even further down the rabbit hole or up the wormhole.

Here’s a nice little witty reminder from Rob Brezsny that can help us with this: “”I don’t know” is an unparalleled source of power, a declaration of independence from the pressure to have an opinion about every single subject. It’s fun to say. 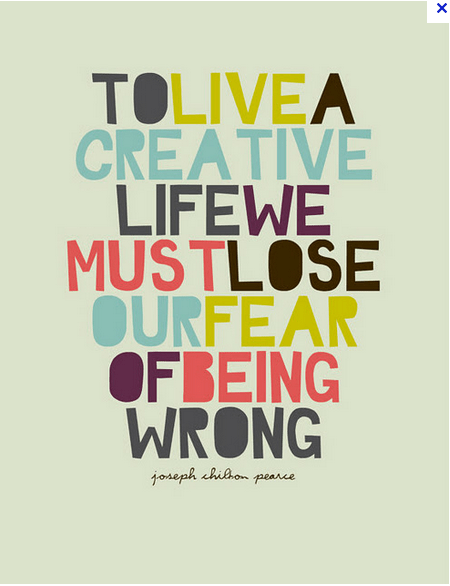 5) Don’t mind what people think of you

“Great spirits have always encountered opposition from mediocre minds. The mediocre mind is incapable of understanding the man who refuses to bow blindly to conventional prejudices and chooses instead to express his opinions courageously and honestly.” ~ Albert Einstein

People are going to misunderstand you. That’s okay. Let them misunderstand you. Let your voice be heard anyway. Speak with your throat chakra in full flutter. Wear your heart on your sleeve, beating furiously against the fog of their shrewdness. Be the full-frontal version of yourself despite the naysayers, or even the brown-nosers. Let the burning fire of your open-mindedness blaze in the dried-up wasteland of their close-mindedness.

Mix it up. The best way to leverage open-mindedness in a close-minded world is to let it shine like a beacon in the dark. People won’t like that you’re poking holes in everything they take seriously. Poke holes anyway. And maybe, just maybe, some light might get through the smoke and mirrors that clouds them.

Maybe, just maybe, some of the layer-upon-layer of fog that has been blanketed over them by an unhealthy, hyper-real culture will begin to peel away. And maybe, just maybe, we can help them realize, paraphrasing Rumi, that they are searching among the branches for what only appears in the roots. You want to leverage open-mindedness despite the close-minded majority? Then stay curious. Rage against the withering of your mind. Seethe against the atrophy of your spirit.

Let the lightning strikes of your inquisitiveness boom like thunder in apathetic times. This life was meant to be felt fully, in all its glory. Feel the heart of curiosity blazing at the core of the human condition.

Turn and burn. Shock the system: yours, as well as the unhealthy one erected around you without your permission. Be amazed. Be overwhelmed. Be in awe at the Great Mystery of it all being connected somehow.

Don’t allow the smoldering wonder within you to be contained. Release it. Let your soul breathe. Seize the moment. Embrace the mystery. Teach others.

Sounds like a recipe for stagnation. There is some power in saying I don’t know, but say it too often and it just becomes a paralyzingly poison. There is a difference in making room for error and just saying I don’t know. I we all have maps that are under revision, so it’s not saying I don’t know. More like not being 100% certain. Kind of like science. It has an approximate view of the world but is open to being wrong and questioned. #5 can easily lead to being blind and stuck in your own echo chamber. Peoples ideas… Read more »