Why You Must Experience a Sensory Deprivation Chamber

It is an unconventional therapy used to sharpen the senses and to achieve a heightened state of meditative calm.

The History of a Sensory Deprivation Chamber Sensory Deprivation Tanks are the brain child of John C. Lilly, an American physician, neuroscientist, psychoanalyst, philosopher, writer and inventor. In 1954, when he invented the tank, the common notion was that the brain would ‘go to sleep’ without any external stimuli. However, Lilly by this time had come to believe that the source of energy was as much internal as external.

Being a researcher on the nature of consciousness, he wanted to create a device to test the effects of sensory deprivation on the evolution of consciousness and the brain. He spent extended periods of time exploring the states of human consciousness produced by LSD and ketamine while in the isolation tank.

After Lilly, a scientist named Peter Suedfeld became a major propounder of the tank as a therapeutic agent, gave it the softer name; R.E.S.T., using it to treat everything from depression to autism symptoms.

How a Sensory Deprivation Chamber works

The tank, which is about 10 inches deep, is temperature-regulated filled with a hefty amount of Epsom salt to keep the water so dense that the body floats without any effort, functioning as a liquid bed. The temperature is kept at about 95 degrees Fahrenheit, the same as the warmth of the outer body. It is a soundproof, lightproof tank that can isolate its occupant from numerous forms of sensory input all at once. Sometimes there will be meditative music playing inside. The entire process can generally range from 45 minutes to an hour and a half.

The aim of the isolation tank is to dissolve the boundaries of our body on a sensory level so as to reach a state of immense serenity and oneness. When inside, people have reported losing track of time completely, exiting the tank feeling like they had been inside for only a few minutes.

Feeling extremely de-stressed they also come back with new perspectives on their life situations and great problem-solving abilities and creativity.

Why you should do it?

It is the closest feeling to being back in the womb

If you’ve ever wondered what it’s like to be back in a space like that, the tank will leave you feeling reborn and rejuvenated. It is a state of ultimate soothing, even though it may seem unfamiliar and even a little scary at first.

As the mind and body slowly start to adjust to this new feeling, a gentle sense of relief seeps through.

The effects are equivalent to hours of meditation

The aim of most meditation is to break down the boundaries between the physical and the spiritual experience, so as to come in contact with the core self, the source or the eternal light. For most part it takes months, even years of meditation to go so deeply within oneself to feel that source for even half a minute.

The tank gives us the opportunity to take that further and for a longer duration of time, through limiting the distraction that comes along with sensory activity.

There are certain thoughts in our heads that repeat like mantras again and again in our heads through the course of our day. When these thoughts carry the vibration of worry, regret, shame, pain etc, they become detrimental to us and weigh us down.

We may feel as though we’re living in a prison of our thoughts.

Due to the inevitable meditative and relaxation state that comes in the tank, our minds organically begin to unwind the knots of negative thought loops and let positivity and reasoning flow seamlessly.

Emerging from the experience, you might feel a great weight being lifted; a freedom from your mind or ego self. Having disconnected from the experience of your problems as a sufferer, you may realize that the problem was only a situation and one that can be easily dealt with. 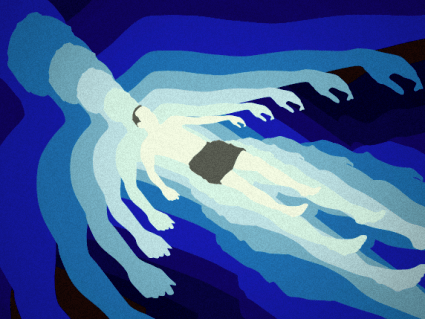 After about 15 minutes of entering the tank, the environment prompts decreased alpha waves and increased theta waves in the brain – which are the same brainwaves responsible for lucid dreaming, visions and multi-sensory hallucinations. Studies have indicated it boosts concentration and visual-motor co-ordination in athletic and musical performances.

It has been noted that in a state of rest, the brain begins to ‘revise’ newly acquired skills and works on transforming newly learnt knowledge for long term storage and use. It is a great tool for people in creative fields to use when they need inspiration.

It would probably be possible to invent a full length film in your head in one hour in the REST tank.

It has tremendous mental and physical health benefits

Everyone exits an isolation tank glowing, smiling wide and sometimes even laughing. Tank users feel relieved from pain in places that they did not even know it existed. This occurs as the body starts to settle into a state of homeostasis; the normal, stress-free state of well being that we are designed to be.

Cortisol levels decrease and serotonin is released. There is a gradual but certain relaxation of muscles a few minutes after entry which helps to facilitate this state.

According to Dr. Peter Suedfeld, a REST researcher, floatation tanks solve “problems involving the autonomic nervous system, such as insomnia, stress symptoms, dysfunctions of the skeleto-muscular system, chronic headache, and the like.” It is also known to regulate blood flow, ease hypertension and even rheumatoid arthritis.

Stress levels today are through the roof and we store our anxieties and worries within our bodies. Overtime if they are not periodically released, they begin to intensify and can lead to an array of illnesses. It is absolutely imperative to release the body from this physiological pain often.

The tank also provides the space for deep introspection into our lives, behaviors and patterns. We can evaluate the way we have been living our life, the way we are with others and whether we’re manifesting what we truly desire. It causes us to pay attention to what we really need.

The external world can be overwhelming and we all need to reassemble our bodies and minds time and again, and this, in my opinion, is a deeply transformative tool. Pia
Pia 'Llama' is a visual artist specializing in photography, illustration and comic strips. She aims to help people question their conditioning, shed the non-useful and move into a state of love and awareness so they can embrace themselves and one another fully.

I saw a psychic today who told me she kept seeing visions of levitation surrounding myself in the future, but couldn’t peg exactly what it meant… Tonight I remembered I had this article saved for a future read and truly believe this is what she was talking about. This article changed my life, thank you.

Thank you! Float on!

The Healing Power of the Ocean

“Our memories of the ocean will linger on, long after our footprints in the sand are gone.” ~ Anonymous A visit to the beach always...
Read more

Zen Dynamics: The Obstacle is the Path

“Doing new things invariably means obstacles. A new path is, by definition, uncleared. Only with persistence and time can we remove debris and impediments....
Read more

The Sleep of the Gods: Better Sleep, Better Life with Yoga Nidra

Yoga Nidra, or yogic sleep, is a practice that brings an individual into a state of deep relaxation while maintaining a sense of alertness. Often,...
Read more

“The success of Yoga does not lie in the ability to perform postures but in how it positively changes the way we live our...
Read more

The Significance of Your Spine on a Spiritual Journey

“So, spine is one dimension of you, which determines which direction you go. How your spine is functioning; how the energies in your spine...
Read more

The Benefits of Tree Hugging: Connecting with the Healing Vibrations of Nature

I recently started a dog-sitting job that made me come face-to-face with a very sad fact: I don’t spend enough time in nature. I...
Read more