“There are two mistakes one can make along the road to truth: Not going all the way, and not starting.” ~ Unknown

As with most things regarding the human condition, the practice of Buddhism can become complacent, stagnant, and overly comfortable. People don’t go all the way. They get stuck, sometimes even before they start. This isn’t meant to happen, mind you, but it happens often.

The problem isn’t with Buddhism. The problem is with human laziness. People all too often have the tendency to fall into a set way of doing things. They get too comfortable. They become too attached. They cling to the safety and security of what they’ve learned.

They lose sight of fresh insight. They fall into strict dogmatism. They sit idle in the center of their rigid comfort zones. And they’re usually not even aware that it’s happening. This is where the badass rebel buddha comes in (as metaphor) to mix things up.

To challenge the contended onlookers, the fence sitters, and the vacillating bystanders. To free us from the illusions we have created.

As Adyashanti said, “One must be willing to stand alone – in the unknown, with no reference to authority or the past or any of one’s conditioning. One must stand where no one has stood before in complete nakedness, innocence, and humility.”

“Life is a process of becoming, a combination of states we have to go through. Where people fail is that they wish to elect a state and remain in it. This is a kind of death.” ~ Anais Nin

There’s no action. There’s no self-improvement. There’s only inertia and self-righteousness. There’s connection through meditation, but it’s superficial. It’s a holier-than-thou ego that inadvertently cuts one off from an authentic connection to Cosmos.

The problem with this approach is that the bystander buddha has forgotten that everything is connected. Remaining in a static state isn’t possible. Only the misguided, self-preserving ego seeks a static state. Even a state of righteousness or enlightenment isn’t a constant.

It’s arrogance at best and ignorance at worst. Comfort, righteousness, enlightenment, these are not a given. They must be worked for. And even then, they can (and should) be upset. Bystander buddhas have attached themselves to their comfortable serenity. They have given in to the smugness of snugness. They are stuck, forgetting that “the obstacle is the path,” the journey is the thing.

Their attachment is to the self-righteous yet simple façade of pretentious Buddhism, rather than the self-improving yet painful growth of the authentic path. They stick to the side lines out of fear.

But as the Dalai Lama wrote regarding Right Action, “It’s not passive – it’s not empathy alone – but rather an empathetic altruism that actively strives to free others from suffering.”

“Spiritual truth is not something elaborate and esoteric, it is in fact profound common sense. When you realize the nature of mind, layers of confusion peel away. You don’t actually “become” a buddha, you simply cease, slowly, to be deluded. And being a buddha is not being some omnipotent spiritual superman, but becoming at last a true human being.” ~ Sogyal Rinpoche

Badass buddhas are first and foremost down-to-earth and non-dogmatic. They embrace their humanness in response to uncertain spirituality. They dare to reinvent and remodel the original revolutionary teachings. They are rebels, having shed comfortable pretense for painful honesty.

They are the personification of walking meditations. Where the bystander buddha sits idly by in his inert meditation, the badass buddha is proactively flexing a living-breathing meditation through her hands-on, in-the-moment, interconnectedness. For the badass buddha understands that the mind and the body are just as important as the soul in the evolution of Buddhism as a philosophy for human flourishing. 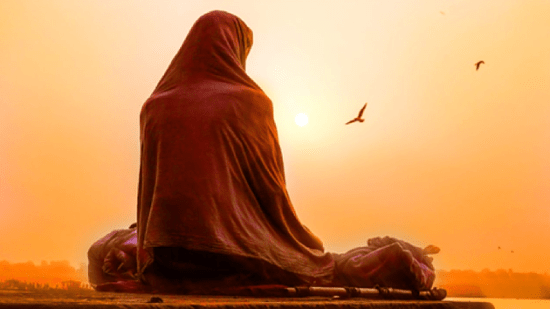 Having confident vulnerability in the face of a world playing at being invulnerable is a power that’s both flexible and robust, making it easier to adapt and overcome.

A law can easily become a façade. Where the bystander buddha is easily fooled by tradition, the badass buddha strategically questions tradition so as to maintain innovation and guard against institutionalization. Letting go is the path to real freedom.

The badass buddha questions and overcomes tradition in order to remain curious and innovative, which can lead to the progressive evolution of Buddhism. There are no easy solutions.

Where bystander buddhas theistically look to Buddhism for answers, badass buddhas non-theistically find their own answers using Buddhism as a tentative guide toward further flourishing. Badass buddhas don’t rebel despite tradition, but for the open-minded expansion of the tradition. So that Buddhism remains a fluid and flexible spirituality and not a rigid and stagnant religion.

In the end, the lesson is this: don’t be a literal dharma bum; be a figurative dharma hero. Dharma is a multifaceted, multipurpose concept with multiple meanings. There is no single-word translation in Western languages. And rightly so.

Dharma should remain a complex, multilayered, and diverse concept with versatile open-endedness, for the same reasons that contemporary Buddhists should remain badass buddhas in the face of complacent bystander buddhas.

And, by all means, if you should meet the Buddha on the road, make sure you kill him.