Approaching Infinity: Applying Fibonacci and Phi to the Concept of Enlightenment

“The law of conservation of energy, also known as the first law of thermodynamics, states that the energy of a closed system must remain constant—it can neither increase nor decrease without interference from outside. The universe itself is a closed system, so the total amount of energy in existence has always been the same. The forms that energy takes, however, are constantly changing.” ~ Clara Moskowitz

Everything is geometric. Everything can be measured on a geometric scale, even energy, light, and frequency. From the void (null set) to the vesica piscis to the seed of life to the flower of life to fractal cosmology, the universe is constantly changing.

As demonstrated in The Truth about Who You Really Are, even your existence is simply one of an infinite amount of transformations of the same energy as the rest of the universe.

The question this article asks is: how do we apply sacred geometry and sacred mathematics (using Phi and Fibonacci as a metaphor) to the human condition and to enlightenment itself.

Let’s break it down with a sprinkle of lateral thinking to get our creative juices flowing.

But first, watch this video. It will help make more sense out of what I wrote.

“Everything you see has its roots in the unseen.” ~ Rumi

Phi is an infinite ratio: it has neither beginning nor ending. It is a symbol representing the golden ratio, golden mean, or golden number: 1.618033988… Phi is the sacred geometric pool of existence.

It can be seen from microcosm to macrocosm, and it is the root sequence of all sequences. It has been called the math of God, the Divine proportion, and the Primary Source.

According to Giulio Tononi, author of Phi: a voyage from the brain to the soul, it is also a theory that links consciousness to the notion of integrated information.

Phi appears in proportions in the human body, such as the distance between joints in the hand. It appears in plants, DNA, art, architecture, and even music.

“If you want to find the secrets of the universe, think in terms of energy, frequency and vibration.” –Nikola Tesla

Where the Phi ratio is infinite, the Fibonacci sequence is finite, as it has a beginning (1), but it reaches toward infinity (each number in the sequence is equal to the sum of the two preceding numbers), discovering more and more harmony along the way.

It is life’s way of trying to achieve Phi, the golden mean. It is a continuing process that strives toward the Phi ratio, but never quite reaches it since it is infinite. For example: the flower of a plant is closer to the Phi ratio than its seed was.

The Fibonacci sequence of the flower is the closest to Phi that the plant could achieve. Some flowers get closer than others, but all flowers naturally oscillate over and under the Phi ratio through their natural spiral patterns. All of life begins as a crude process, very basic, developing its finite manifestations within an infinite reality.

If we can imagine a plant having a Fibonacci sequence and the cosmos as the Phi ratio, we can do the same thing with ourselves: The Phi ratio can be seen as the infinite reality (the universe, light, gravity), and we, like the plant, are the Fibonacci sequence, growing into that reality (blossoming and flowering).

Like the flower, we are living sculptures made of light. We too are growing through our own Fibonacci sequence.

We go from being a single-cell being to having over a hundred trillion cells. We can even imagine our basic Fibonacci sequence being the rise of Kundalini energy through the seven sacred chakras.

The chakras are like a divine plant growing through us, from the root chakra (the beginning of our Fibonacci sequence) up to the flowering crown chakra (the closest we can get to achieving Phi).

“We are the cosmos made conscious and life is the means by which the universe understands itself.” ~ Brian Cox

Governing the precept that the cosmos is the underlying infinite golden ratio of Phi and the idea that the Fibonacci sequence of the human condition (or at least the spiritual aspect of it) could lead through our chakras, it stands to reason that human flourishing is the constant and consistent process of meditating on our chakras in order to strive toward enlightenment.

Each chakra can be seen as a spiraling flower with its own Fibonacci sequence, with the flowering of the crown chakra being the closest we can get to achieving Phi. 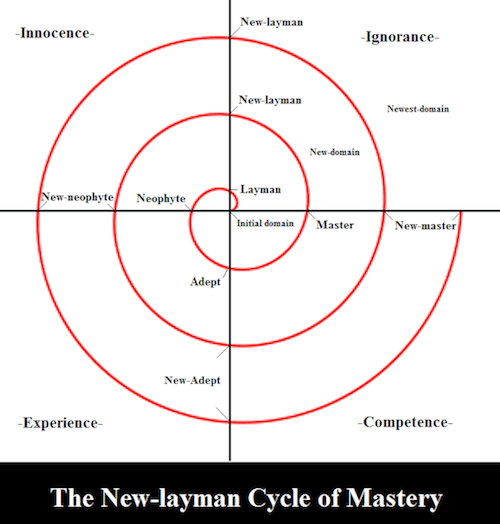 Seen in this way, we are literally walking, talking Fibonacci sequences who are striving toward enlightenment (Phi) through the constant fine-tuning of our Fibonacci sequence (chakras). It only seems incomprehensible when we put it all together. But Phi, Fibonacci and chakras are all perfectly explainable in themselves.

Maybe by putting them all together in this way we can figure out a new way of seeing things, and maybe even a new way of being in the universe. Like David Deutsche said in The Beginning of Infinity, “Imagining explicable worlds can help us to understand the nature of explicability.”

Approaching infinity is growing towards Phi is striving for enlightenment. We are finite beings circulating and cycling infinite energy. The energy of the universe moves through us, indeed it is us.

This energy vibrates and oscillates and separates and becomes us: walking, talking Fibonacci sequences dumbstruck by our finitude and awestruck by the infinity that surrounds us.

Like David Deutsch said, “If you reject the infinite, you are stuck with the finite, and the finite is parochial… the best explanation of anything eventually involves universality, and therefore infinity. The reach of explanations cannot be limited by fiat.”

And so the reach of our explanations regarding the human condition and its place in the universe should not be limited by fiat. Hence this theoretical inquiry into the correlations between Fibonacci, Phi, and enlightenment has been written.

Bit of an assumption that the Universe is a closed system isn’t it?

LOL! OMG!..You just blew my Mind before my first cup of coffee this morning..Ouch!..absolutely awesome information! I’ll have to watch the whole series now..I’ll post it on face book and see how many people I can wake up this early! thanks!

This was pretty cool!

The Golden Shadow: Stepping into the Power of Who You Really Are

“There are heights of the soul from which even tragedy ceases to look tragic.” ~ Nietzsche Most of us are familiar with the archetype of...

4 Ways to Deal with The Elusiveness of Enlightenment

“All things excellent are as difficult as they are rare.” ~ Spinoza In the beginning, as in the end, enlightenment attracts precisely because enlightenment eludes. This...

There are several children’s classic books like Cinderalla, 3 Billy Goats Gruff, Winnie the Pooh, Ugly Duckling etc., that teach us about human nature,...